Near the Aqua Park close to the Liptovský Mikuláš was opened an original attraction. Its owner wants to show to tourists how it works in Slovakia. 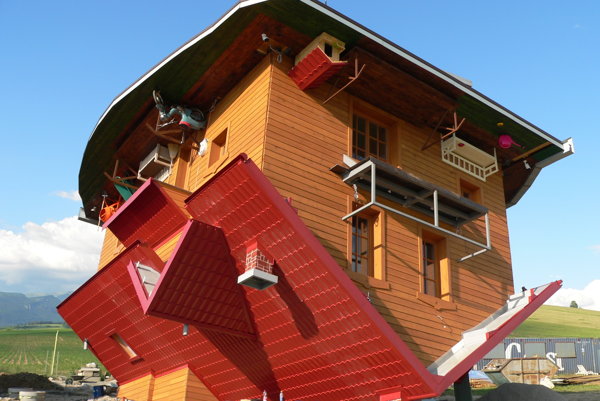 Entrepreneur Cyril Fogaš has reacted to his experiences with state authorities in his own way. As satire, he built an unusual house that is turned upside down with the roof on the ground. It was opened to the public on July 5.

“The house will be open year-round, but during the summer season it will be open from 9:00 to 21:00, so twelve hours per day,” stated Fogaš for the SITA newswire.

There are two fairy tale themed kids’ rooms in the house. One of them displays the fairy tale Snow White and the Seven Dwarfs and the other shows Little Red Riding Hood. There will also be a standard children's room, living room, kitchen and workroom. There are also two bathrooms, a full bathroom with a toilet and a separate WC, that are also upside down.

Building the house wasn’t easy, according to Fogaš, because the whole structure of the house is made from steel and anchored to a concrete base.

“The house is inclined by twelve degrees on both sides, so in a lateral and also longitudinal plane,” explained Fogaš. “Because of this, people will have a greater experience from the visit.” 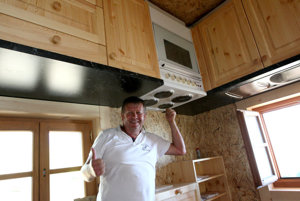 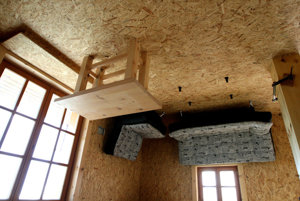 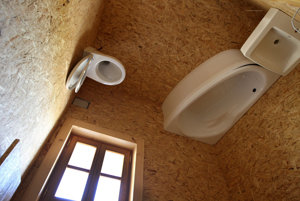 He added that exactly this inclination causes a feeling of slanted standing and walking while in the house.

“It is interesting to watch as principles of gravity work, they cannot be fooled,” Fogaš said for the SITA.

The upside-down house is a reflection of uncertainty. “Not only in our city, but also in the whole republic many things work as it is popularly said - on the head, so it means to the contrary or incomprehensibly,” explained Fogaš.