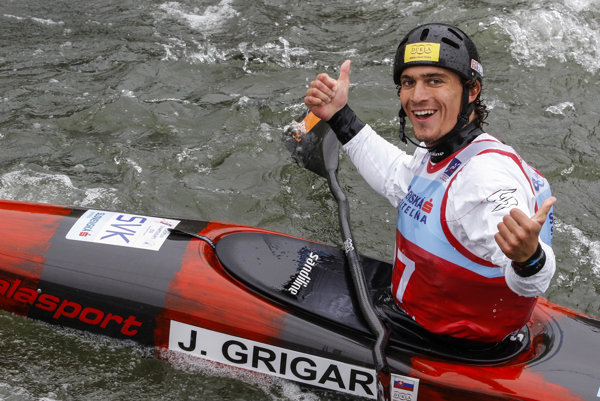 Jakub Grigar won the under 23 single kayak category, with a lead of 3.24 seconds over Italian Zeno Ivaldi.

Grigar seems to be on top form, three weeks before the Olympic Games in Rio de Janeiro, the Sme daily wrote on July 18. He was  not 100-percent self-confident in the finals but he was absolutely happy about the result. “I just finished the finals at a world championship in the under 23 category, and I won in three-and-a-half seconds – which made me really happy,” he said, as quoted by TASR. “The feeling is gorgeous… I was quite lucky in my race – I do not even quite know how. I had to unintentionally risk some of the gates, I pushed myself at them, and I managed to get a good time for the whole race. I really did not expect it; for the whole week, I had problems in training and racing, and even in this race, I did not have the impression it would turn out so good. But it turned out well, I rejoice – as everybody around me seems to, too,” Grigar told the Slovak Association of White-water Canoeing (SZKDV.