HB Reavis sells its London development to a major US bank 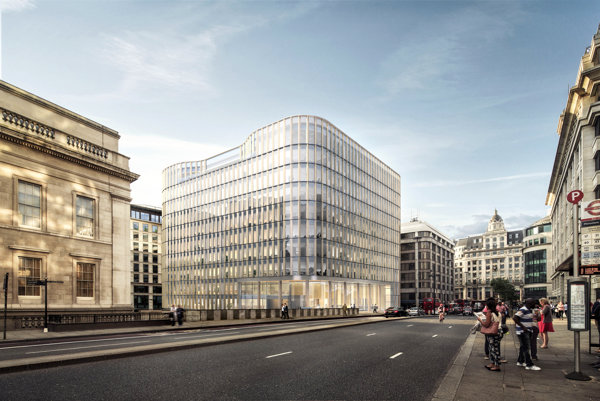 In one of the largest single office deals in the City of London market this year, the real estate developer HB Reavis is selling 33 Central to Wells Fargo, the third largest bank in the US by assets. Upon completion in Q3 2017, 33 Central, which is HB Reavis’ first London development, will allow Wells Fargo to consolidate all of its London-based team members in a single location, the developer informed in its press release.

“Wells Fargo’s decision to partner with HB Reavis is a great endorsement for us,” said Radim Řimánek, board member of HB Reavis Group responsible for the UK market. “It validates our vision to deliver truly remarkable, design-led workspaces, carefully tailored for people who work there, live near or visit. We will continue to embed the same quality and cutting-edge solutions that made 33 Central a success in our other existing and future projects.”

Financial terms of the transaction, which shows confidence in London remaining a global financial centre following the Brexit vote on June 23, were undisclosed but a source close to the deal said the price was around 300 million pounds, Reuters reported.

HB Reavis’ original strategy for 33 Central was to retain and lease the development, seeing it as a major London landmark office with significant long-term investment potential. After initial leasing discussions Wells Fargo approached HB Reavis expressing its wish to own and occupy 33 Central. HB Reavis agreed then to forward sell the shares in its subsidiary which owns the development. The transaction represents one of the largest owner-occupier deals to be concluded in the City of London market in the current cycle, the developer writes in the press release.

The 21,000 m2 new building is designed by award-winning British architectural firm John Robertson Architects. Following the sale, 33 Central will continue to be developed by HB Reavis.

Once completed, 33 Central will provide large flexible office floor plates. Features of the new eleven-storey building, constructed to BREEAM Excellent standard, include an over 1000-square-metre roof top garden offering panoramic views of London’s most famous landmarks including the Shard, St. Paul’s, the ‘Walkie Talkie’ building and the River Thames.

HB Reavis was established in Slovakia in 1993. Now it operates also in the Czech Republic, Poland, Hungary and Great Britain.