Sagan wins his third stage of the tour

The racer is now close to winning his fifth green jersey. 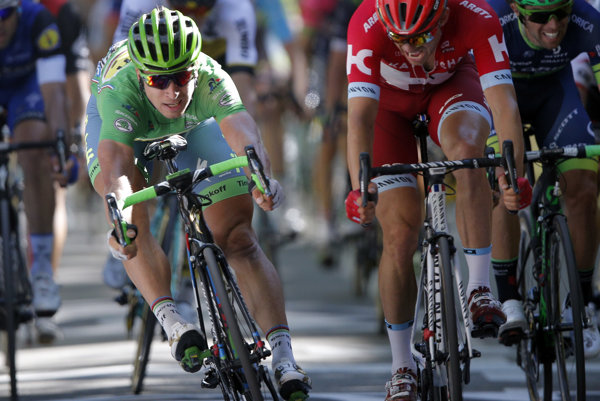 Slovak cyclist and current world champion in road cycling Peter Sagan won the 16th stage of this year’s Tour de France. At the 209-kilometre-long route from Moirans-en-Montagne to Bern (Swirzerland) he defeated Norwegian Alexander Kristoff, but only by millimetres.

As a result, Sagan improved his position in the points classification and is close to winning his fifth green jersey. If he did so, he would hold the second highest number of green jersey titles, after German racer Erik Zabel, the TASR newswire reported.

“I am very glad,” Sagan’s manager Matej Vyšňa told the media instead of the racer, “if somebody told me before Tour what I would achieve here, I wouldn’t believe it.”

He referred to the fact that he has not won a stage at the tour in the past two years. Moreover, the July 18 stage was difficult and it was very hot. 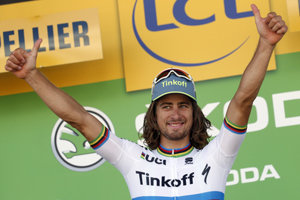 “In the past I used to lose by millimetres, but now I won, so it is finally changing,” Sagan commented on his close victory, as quoted by TASR. He also thanked the Slovak fans at Tour de France for support.