But the judge claims the premiums were premiums for the agenda of a special judge. 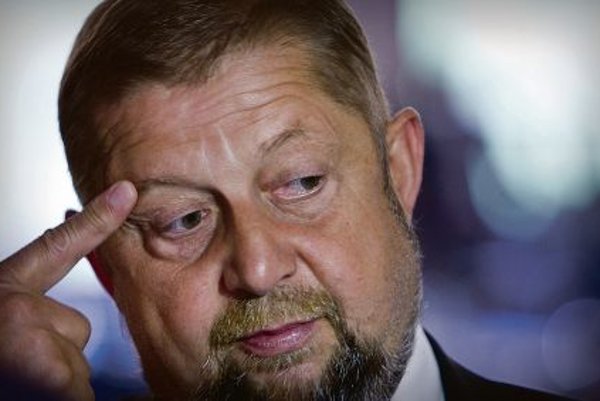 Supreme Court President Daniela Švecová has called on her predecessor Štefan Harabin to return salary bonuses worth €113,000 that he ordered himself to be paid at the beginning of his second term at the helm of the Supreme Court (2009-2014).

Švecová discovered the payments following a question from the TASR newswire regarding Harabin’s possible bonuses.

In addition, Švecová has also commissioned relevant supervisory bodies to examine whether the bonuses were paid in line with the law, Urbančík added.

Additionally, Harabin paid himself part of the bonuses when he was facing a disciplinary motion initiated by then (and current) justice minister Lucia Žitňanská in 2010 over his refusal to let in a Finance Ministry inspectorate to carry out an audit at the court. Harabin’s property disclosures for 2009 and 2010, however, do not appear to include the bonuses, as he at the time stated that his property status had not changed, with the exception of the purchase of a certain plot of land in 2009.

Moreover, Harabin reportedly paid himself notable bonuses during his first term at the Supreme Court – €13,000 in 2001 and almost €23,000 in 2002, according to the Slovak Governance Institute (SGI).

Harabin, however, denied the claim that he took advantage of his post to allocate himself extra salary bonuses worth €113,000 in total in 2009 and 2010.

“They weren’t bonuses, but premiums for the agenda of a special judge,” said Harabin, as quoted by TASR, adding that he does nót intend to return anything, therefore.

He went on to say that the extra payments for 2009 and 2010 were in line with valid rules allowing the premium amount to equal six times of the average salary in the country. This figure was reduced only later, following a ruling of the Constitutional Court. Apart from that, similar extra payments were received by 20 judges of the Supreme Court and 16 judges of the Specialised Criminal Court in 2009 and 2010, added Harabin, as reported by TASR.

When asked for a reaction to Harabin’s defence, Urbančík maintained that “it’s stated in the accounts as an extraordinary bonus”, and not as an extra payment for carrying out the agenda of special judge.