The opposition does not intend to attempt to recall the speaker of parliament and his deputy, for now. 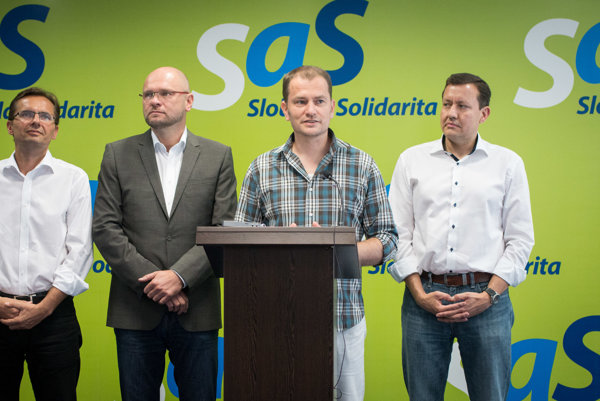 The opposition will continue to organise protests calling for the dismissal of Interior Minister Robert Kaliňák, staging them in regional capitals. The protest rallies will take place throughout the summer, when no extraordinary parliamentary sessions are planned.

“We want to focus on seeing minister Kaliňák terminated,” Galko added, as quoted by the TASR newswire.

The protests will continue, as the opposition feels public support on the issue, said Igor Matovič, chair of the Ordinary People and Independent Personalities (OĽaNO-NOVA). 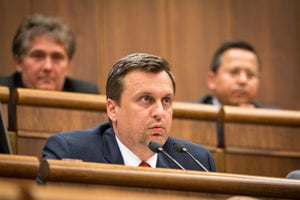 “It would be a sin to scrap the protests,” Matovič said, as quoted by TASR, adding that apart from demonstrations in the regions, weekly rallies in front of Prime Minister Robert Fico’s flat in the Bonaparte housing complex in Bratislava will continue unabated.

SaS and OĽaNO-NOVA are complaining that by blocking parliamentary sessions with no-confidence votes in Kaliňák and Fico on the agenda, the governing coalition has stamped upon its constitutional rights. 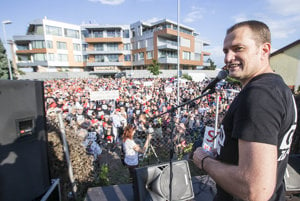 “We’ll keep protesting until a parliamentary session takes place,” SaS chair Richard Sulík said, as quoted by TASR. “If we can’t engage in a political battle in parliament, we’ll do it on the streets.”

The no-confidence motion in Kaliňák will continue in September. The opposition wants him removed over allegedly covering up the purported tax frauds of businessman Ladislav Bašternák. Meanwhile, in the opposition’s view, Fico is suspect for living in a luxury flat belonging to Bašternák, as reported by TASR.