Groups of teachers sought permits to protest, but found all of Bratislava's major squares were already reserved by Lovu zdar group. 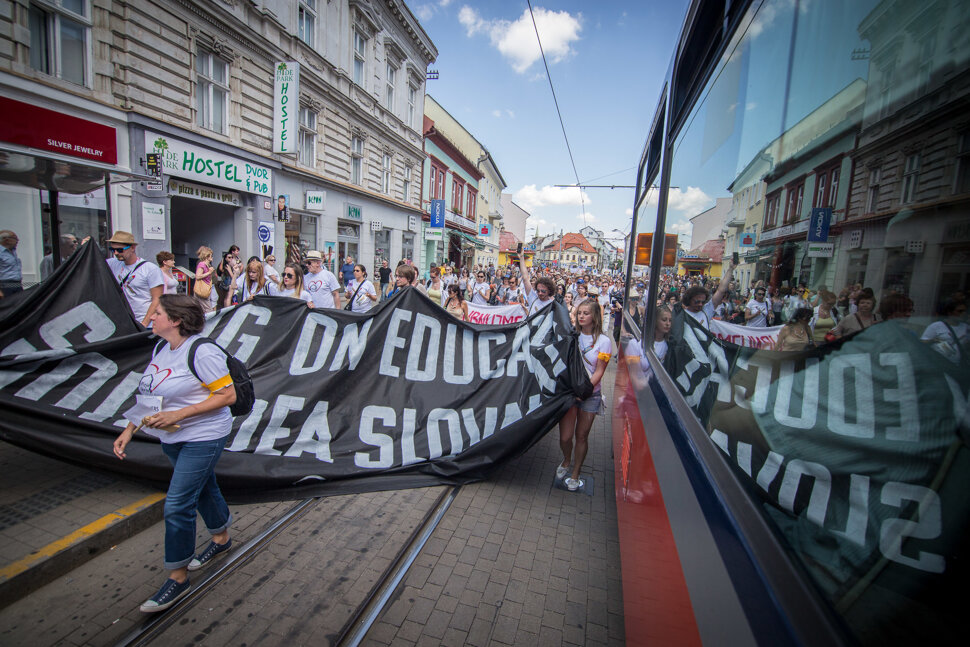 When organisers of teachers’ protests were looking for places in central Bratislava to stage a protest July 1 they were surprised. All the major squares and streets were booked by the Lovu zdar (Hail to Hunting) firm. Thus teachers could not make it to the Reduta building in downtown Bratislava where the opening ceremonies of Slovakia’s presidency over the EU Council took place.

Teachers organised protests to point to Slovakia not fulfilling the EU’s recommendations related to the education system.

“We wanted to be as close as possible,” Mária Rothensteinová of the Slovak Teachers Initiative told Sme daily.

Despite Lovu zdar booking several squares, no one appeared, thus raising questions whether Lovu zdar -- which is close to the ruling party Smer -- is not trying to intentionally block teachers’ protests.

“The gathering was not politically motivated nor supported by other organisations,” Puha told Sme daily. 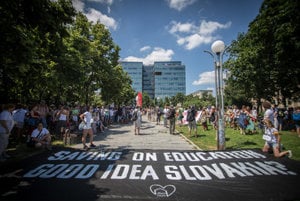 Read also: Teachers protest during start of EU presidency Read more
You have just exceeded the number of devices allowed.
Your active subscription only allows a limited number of browsers to access locked content.
To continue reading this article on this device/browser, please edit the list of registered devices in your profile settings here:
manage devices
You can read all about device management here.

Roman Cuprik
Subscribe Author Subscribe
News: Receive notifications about new articles by email. Try the new feature and turn on the subscription.
Roman Cuprik joined The Slovak Spectator team in March 2012 as a staff writer after contributing to the 2011 edition of Spectacular Slovakia. He graduated with a master’s degree from the journalism department of Comenius University in Bratislava. In addition to being a contributor to The Slovak Spectator he has been writing for Slovak daily SME since 2015. At SME he covers crime and corruption news. Facebook, Twitter
Send the article by email
Close ad