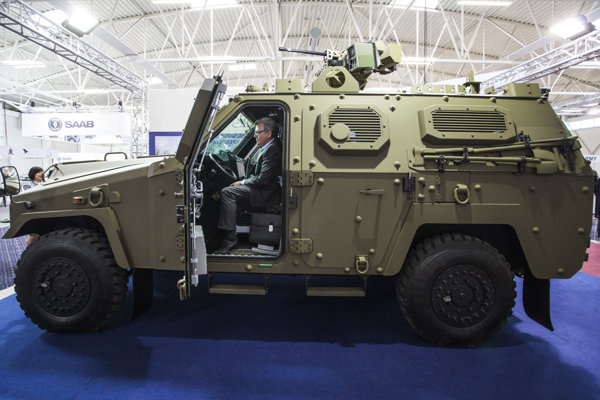 “The second biggest modernisation project of the Slovak army” within which the Slovak army was to purchase Polish Rosomak eight-wheel multi-role military vehicles will not be carried out. The current management of the Defence Ministry claimed it would not be a good buy, the Sme daily reported.

“The negotiations over the project concerning eight-wheel military vehicles were stopped due to military and economic disadvantageousness for Slovakia,” the ministry admitted, as quoted by Sme.

The price of one Rosomak vehicle starts at €1.5 million, depending on the equipment, while the Scipio version, in which Slovakia was interested, costs some €2.4 million. The producers also include Slovak firms DMD Group and EVPÚ Nová Dubnica, according to the daily.

The ministry also planned to repair Polish howitzers Dana produced in Slovakia, which were to be done at arms factories in the Považie region, Sme wrote.

The Defence Ministry now plans to focus on purchasing smaller, four-wheel vehicles, according to the draft White Book on Defence published in early July. In May, however, Slovak company Kerametal introduced at the military technologies fair, IDEB, a vehicle of this type called Alligator, Sme wrote.

The ministry claims that the priorities are still only a proposal. It has not explained why it wants to focus on four-wheelers.

“The projects of procuring the four- and eight-wheel vehicles will be discussed in compliance with the concept of the modernisation of the ground forces that is currently prepared,” ministry’s spokesperson Danka Capáková told Sme.

While analyst Jaroslav Naď was surprised by the change in priorities, another defence analyst Vladimír Bednár understands the need.

“We appear to be in a state in which the army needs nearly everything,” Bednár told Sme.

The ministry also has not said whether the Alligator vehicles would meet their demands, according to the daily.