A Night at the Roma Camp, a parade along the Downtown Bratislava, gala-concert in the Main Square and more – this all will bring the 2016 edition of the World Roma Festival – Gypsy Fest. 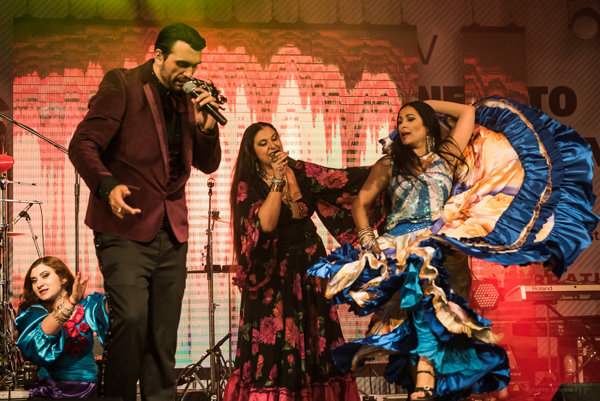 The ninth year of the festival which has grown into the fourth biggest worldwide, starts on July 21 between 13:00 and 15:00 with a presentation of positive role models among the Roma, “showing professions you would not even think the Roma can do,” Róbert Hamburgbadžo said for the organisers. “They will include a Roma hair-stylist, and so anyone among the passers-by can sample his skills,” he added. This will take place at the Main Square.

The next day, international band Sare Roma will return to Slovakia after last year’s success; these are artists from Latvia, Lithuania, Sweden, Germany and Russia – countries which one does not normally associate with Roma people and their culture. Last year, their performance was among the highlights of the festival (together with Ricardo Kwiek of Germany) and they managed not just to fill the Main Square but also to make it dance and sing; while Roma shared their joy and enthusiasm with non-Roma locals but also numerous visitors and tourists.

On Friday night, Sare Roma will present their brand-new programme of music and dance called A Night in the Roma Camp, combining slower and quicker tunes, widely-known hits and less-known specialties, as well as mass pieces with solo tunes.

On July 23, the parade of artists in the Bratislava streets is worth watching, which will feature traditional costumes and Balkan brass band music. It will start at 13:00 in front of the Priatelia / Friends bar and under the Roma flag, it will wind through the city centre. 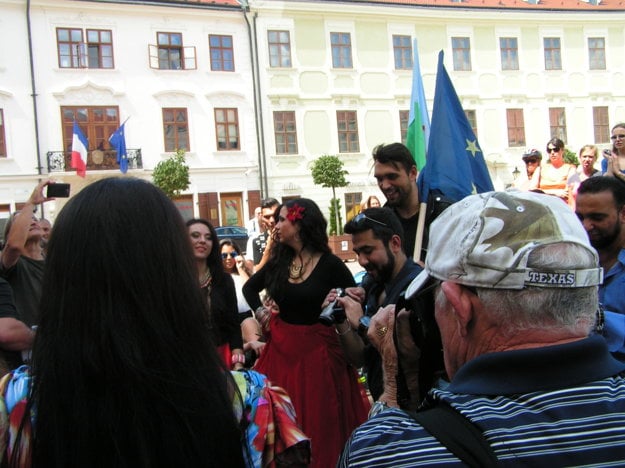 After this colourful defile, Sare Roma will also take part in the evening gala-programme at 20:00 in the Main Square, called Visegrad Gypsy Fest. It will feature artists from the countries of the Visegrad Group (Slovakia, the Czech Republic, Poland and Hungary): famous Czech musician and music teacher Ida Kelarová with her Jazz Famelija band, also the Czech band Imperio – known already from previous Bratislava gigs – Hungarian Romengo and Liza Kotlyarenko from Poland. Romania will be represented by the Fanfare Transilvania band.

„We try to keep the spirit of the festival as consistent as possible,” Hamburgbadžo said, “while also trying to invite ever new Roma performers from other countries, e.g. the Zingaros of Argentina, or the Polish singer, Liza Kotlyarenko.“ He added that the organisers would like to show that successful Roma artists can also be found in other countries than those our audiences know and are presented with again and again.