Auditors of the Supreme Audit Office (NKÚ) found that the contracts the state-run health insurer concluded with the aunt of Marcel Forai, former general director of the insurer, were disadvantageous for the state. 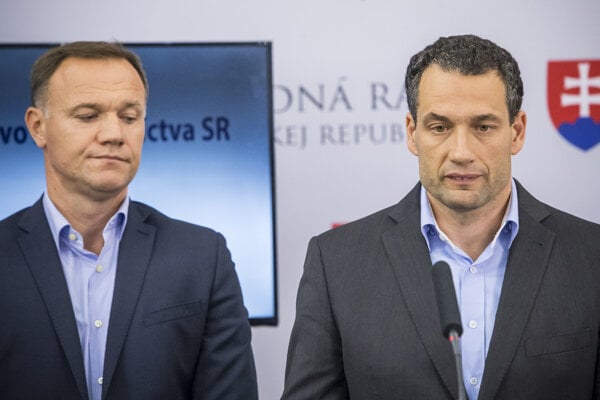 Allegations about the murky business between the state-run health insurer Všeobecná Zdravotná Poisťovňa (VšZP) and the companies owned by the aunt of the former general director of the insurer, Marcel Forai, have been acknowledged by the Supreme Audit Office (NKÚ).

Several of the contracts that VšZP concluded with the companies of the aunt of Forai, Anna Sučková, were disadvantageous for the insurer, the NKÚ stated in its report following an extraordinary audit in VšZP.

The contracts cost Forai his position in September 2015, after leading the state-run insurer for most of the former government’s term. He defended them as standard, but after much publicity, he resigned. MP Miroslav Beblavý pointed to seven companies in which Sučková was active and with which VšZP concluded contracts under Forai.

The NKÚ audit confirmed that VšZP under Forai on several occasions gave preferential treatment to companies linked to Sučková, as well as to the Kostka clinic, which in 2011 received a special code that enabled it to operate in a way unheard of by other similar facilities.

Discrepancies were also found in payments for five pharmacies that Sučková was involved with. The insurer continued paying annual payments of three- to five-fold the average payments to other pharmacies, the Sme daily reported citing NKÚ.

“The auditors recorded a drop in payment for these companies after the contracts were medialised,” NKÚ spokesperson Daniela Bolech Dobáková said as quoted by Sme.

The insurer closed contracts for a greater scope of procedures than the provider was able to perform, according to NKÚ. Sme points out the case of the CPKSB Spišská Belá that in 2011 got a contract for specialised outpatient care for a healthcare service that had not been approved, thus breaking the law on the scope of health care.

“During the whole period the insurer accepted and paid for unapproved services worth €4.15 million,” Bolech Dobáková said as quoted by Sme.

NKÚ also found that VšZP made a contract with the Kostka Clinic in 2011 on providing specialised health care coded under CDT00, which wasn't procedurally approved.

"It thereby acted at odds with the law on the purview of health care," the report reads as quoted by the TASR newswire in reference to the high-profile case involving massages.

The Health Ministry, which oversees the state-run insurer, announced on July 20 after the report was published that it will keep a close eye on VšZP in adopting the recommendations of the NKÚ on making supervision processes more transparent and releasing contracts on the internet. It also pointed to the fact that the insurer has had new management since May, the TASR newswire reported.

Meanwhile, VšZP has stated that it will heed NKÚ recommendations. The new management declared that it was interested in making processes in the insurance company more transparent. VšZP has prepared amendments to internal norms, changing the process of concluding contracts and accepting new diagnostic and treatment procedures, TASR reported from the statement of the insurer.