The 101st World Esperanto Congress will take place from July 24 in Nitra – for the first time ever in Slovakia. 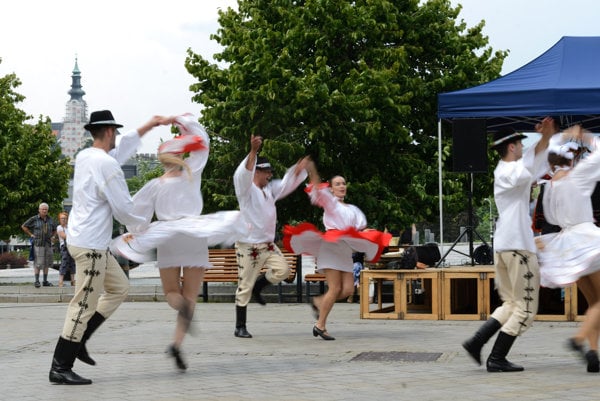 A total of 1,400 Esperanto fans and connoisseurs from 60 countries are expected to attend.

The congress will be officially opened by a representative of the President’s Office and by Nitra Mayor Jozef Dvonč. From July 24, it will last until July 30, thus becoming one of the biggest international events at the beginning of Slovakia’s presidency of the Council of the EU – both in its duration and number of participants.

Esperanto is the most widely spoken constructed language worldwide. The congress will have as leitmotif Social Justice – Linguistic Justice. “Esperanto is much more than just a language – it is the philosophy of friendship, supranational cooperation and world-wide communication,” Peter Baláž of the preparatory committee told the SITA newswire. “Once you understand this, you stay faithful to Esperanto.”

Part of the festive opening will be a performance of folklore ensemble Lúčnica in Svätoplukovo Square. On July 29, there will be an Open Day at the Slovak University of Agriculture (SPU) in Nitra. Those interested can visit some selected events and watch international communication in a single language, without interpreters. On the same day, an attempt at a record number of dancers dancing tango simultaneously will take place, followed by an international music festival featuring music of various genres from Nitra/Slovak bands to Espernato bands from Germany, Sweden, or Lithuania.

Congress participants will be able to enjoy a rich programme, including trips to various regions of Slovakia, theatre performances, films and concerts of various genres.

Part of the congress are also three accompanying events which will start the opening of Esperanto for the world as well as the expert public: language-political conference of the Visegrad Four countries (Czech Republic, Hungary, Poland, Slovakia); Central-European Inter-religious Forum (CEIF 2016) and the 20th International Medical Congress (taking place July 20-22).