Blog: Greetings from a country full of good ideas

Slovakia, the country of good ideas where “science is done only by some crazy enthusiasts”. 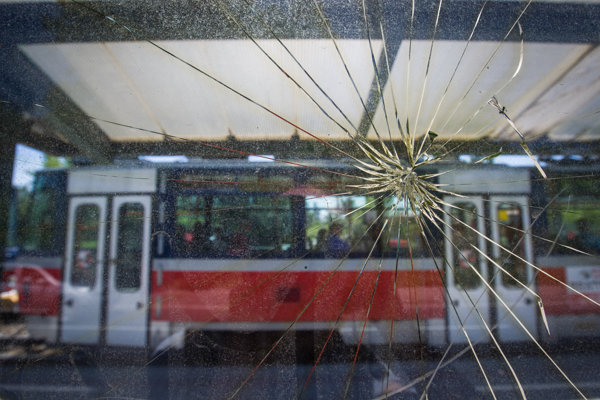 The red carpet is baking in the sun at the entrance of the new Slovak National Theatre building making some passersby wonder what grand premiere is about to take place. It’s a hot Friday, only a week since Slovakia took over the so-called rotating presidency of the European Union on July 1stand even the first tram -“Eurotram”, according to the stickers on its brand new shiny red wagons - has finally crossed the old bridge after weeks of delay. Something is clearly going on in town…

Well, the red carpet did not welcome movie stars but mayors and other delegates of towns and regions from all over Europe who gathered in Bratislava to talk about how to support innovation, create sustainable economic growth (and jobs for young people)and make their cities intelligent. It means using modern technology to improve the efficiency of a wide range of services from public transport and lighting to thermal insulation for buildings. Whoever walked down the red carpet could hear officials from both the Bratislava City and Bratislava Region talking a lot about how they support innovation and how the Slovak capital has the ambition of becoming a model for others in the country when it comes to intelligent cities.

Outside, a few white tents stand shoulder to shoulder in the little square under the statue of the best known Slovak hero Milan Rastislav Štefánik…well, if you do not take cyclist Peter Sagan into account, some might say. One of the tents has a big banner on its front “Slovak innovators”. Inside, a group of young researchers from the Slovak Technical University in Bratislava demonstrate how they can remove traces of drugs and medicines from water using a technology involving diamonds. In brief, if instead of returning your unused antibiotics to the pharmacy for safe liquidation you decide to flush them in the toilet, these guys can help clean the mess. The “spokesperson” enthusiastically explains how it works and soon the conversation moves beyond pure science.

“Here in this building next to your tent, plenty of high ranking officials meet at the summit of European regions and talk a lot about innovation and smart cities. Your research looks like exactly that kind of innovative solution that can help cities deal with pollution in a smart way. Has anybody from the Bratislava Region or the capital city contacted you to talk about this project?”- “No”- “The Slovak Health Ministry has put the fight against antimicrobial resistance high on its agenda of priorities during Slovakia’s presidency of the EU Council. Has anybody from the Ministry or its Office for Public Health - that has a department in charge of the “hygiene of the environment”- contacted you?”-”No, politicians are not interested in our activities. In Slovakia science lacks support. Here science is done only by some crazy enthusiasts.”In the distance the red carpet has melted away in the scorching heat…

The brand new red “Eurotram” exits the newly reconstructed old bridge and passes the building of the Philosophical Faculty of the Comenius University which has a huge piece of black cloth hanging on its façade. It reminds everybody that the starting salary of a teacher in Slovakia is €613.50 per month before taxes and adds the question if this is a good idea, parodying the recently launched slogan aimed at promoting Slovakia abroad. It’s yet another Friday and less than a kilometre away from the Philosophical Faculty yet another event linked to Slovakia’s presidency of the Council of the European Union is taking place. It is the turn of Labour Ministers of the EU member states to meet and talk about how to deal with the challenges that new technologies pose to the labour market.

You might say that this is the perfect place to discuss such a topic given Slovakia’s dependence on the auto industry which has been dealing with the so-called “fourth industrial revolution” meaning automation and data exchange in manufacturing technologies. Again everybody talks about supporting innovation and attracting skilled migrants to Europe (yet no details on “if” and“how” Slovakia plans to do so).

The programme of the two-day gathering included a field trip too. To a biscuit factory in Sereď. Maybe it was chosen because it could be visually boring to visit a world-renowned software company launched by Slovak engineers or another one that produces navigation systems...nothing to see there but nerdish IT people in jeans and flip-flops writing lines of code. No helmets, no overalls, no working class to give a pep talk to and get a proper photo to please the PR officers. Maybe car factories are so sensitive to industrial espionage that it‘s hard to arrange a visit to one of them for bigger groups of people. Well, at the end of the day producing biscuits can also imply innovation, not to mention leaving the distinguished visitors with a sweet taste in their mouth.

The IT guys and other researchers can present their work on the occasion of an informal meeting of ministers in charge of competitiveness scheduled for July 18-19th in Bratislava, maybe. On the first day of the meeting the Slovak Technical University (STU) rector Robert Redhammer pointed to the fact that although post-doc positions are very common globally, Slovak legislation doesn't recognise them so it’s tricky to cover them financially and attract talent. Maybe that’s why you can hear so much Slovak spoken only an hour away in Brno, in the Czech Republic, which has seriously invested in R&D in recent years...

Slovakia, the country of good ideas where “science is done only by some crazy enthusiasts”.