Many young, ambitious and successful people opt not to stay in Slovakia and instead move to Western Europe and the United States, according to a new report released by the IMF. 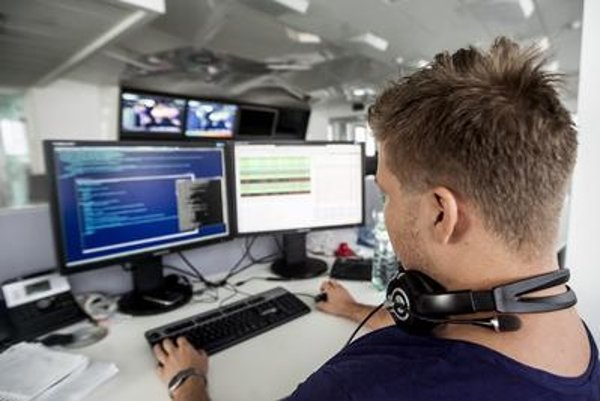 What do you want first, the good news or the bad news?

Well, the good news is that Slovakia and the rest of Central and Eastern Europe are producing a young, ambitious and successful generation of workers, businesspeople and innovative thinkers. The bad news is that many of them opt not to stay in their native country and instead move to Western Europe and the United States, according to a new report released by the International Monetary Fund (IMF).

Though the numbers are most alarming in Southeast Europe (aka the Balkans), overall emigration from the region – including Slovakia – has been “unusually large, persistent and dominated by educated and young people,” according to the IMF. In fact, as compared to “the recent influx of Syrian refugees,” migration from the CEE region has been a “persistent and much larger wave of mostly economic migration”. Some 20 million people from the region have left in the past quarter century, nearly 6 percent of the population – and most do not return.

Such trends not only deprive the region of top private sector talent, but they make good governance more difficult – thus pushing even more people to emigrate. “Emigration of better educated people has been associated with weaker governance,” the report argues.

It goes on to say that this leads to a “negative feedback loop from permanent high-skill emigration to weaker governance that, in turn, has likely fuelled more outflows of better educated people.” Not only does this trend drive natives out of the country, but it discourages skilled foreigners from wanting to move in, “leading to an adverse balance of outflows and inflows of talent, which undermines long-term growth prospects,” according to the IMF.

Though this mass outward flow of migrants from Central and Eastern Europe – where populations continue to act against their own self interest by generally opposing any inward migrant flow – has brought positive outcomes for “migrants themselves and for the European Union as a whole”, it likely also has “slowed growth and income convergence” between the CEE region and the rest of Europe. Though wages have risen, because there are fewer skilled workers competing for the same jobs, productivity has declined – meaning long term prospects are sacrificed for short term income gains.

During the campaign earlier this year, Prime Minister Robert Fico promised to boost Slovak standards of living to 85 percent of the EU average by the end of this election term. With the country already at 77 percent, and EU statistical averages set to drop with the United Kingdom on its way out, this seems a goal that is within reach even amid incompetent governance. But if the IMF research is to be believed, that goal lacks ambition. According to the IMF, but for this mass exodus of citizens, GDP growth in Central and Eastern Europe would have been 7 percent higher on average between 1995 and 2012 – that is a lot of wealth that ended up elsewhere.

Something like 100 percent convergence would seem possible in an environment where young people believed they had future prospects. Instead, consistently bad government has brought low expectations, which unsurprisingly leads to more underwhelming governance – pushing more people to leave.

The IMF’s proposed solutions to these problems sound a lot like common sense. For example, they argue for “strengthening institutions” and “economic politics that encourage people to stay”. No doubt these are the values that CEE reformers have been pushing for in recent decades – and they continue to do so.

But there are things that can help bring immediate relief to this spiral of decline, including a push to “attract skilled workers from other countries,” according to the IMF. But this would require a change of mindset from much of the population, not to mention political leaders with the courage to explain why and how an inward flow of migrants would not only help Slovaks here, but also encourage more of the skilled young people who are leaving to stay. Some of those skilled people who have left might even be encouraged to return by the increased dynamism of their native country, further bolstering growth.

The IMF does not offer a clear prediction about what happens to a country that can’t keep its own young people and also resists accepting workers from abroad.

But Slovakia can stay the course to find out.