Fico: We will help Hungary with border protection

Slovak Prime Minister met his colleagues at the EU‘s post-Brexit talk in Warsaw on July 21. 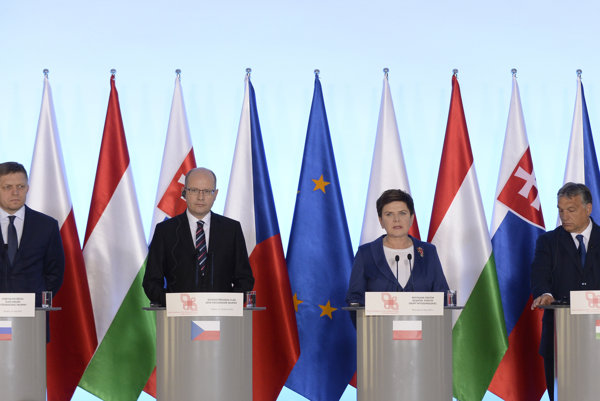 The Slovak Government is ready to help Hungary with the protection of its border as it recognizes the importance of maintaining the external borders of the Schengen, said Slovak Prime Minister Robert Fico after the meeting of the PMs of the Vysegrad four/V4 countries held on July 21 in Warsaw. He was reacting to the request of his Hungarian colleague Viktor Orbán to send more police officers and suggestions for techniques to continue protection, as reported by the TASR newswire.

Fico also confirmed during the press conference that the UK remains a full member of the EU as article 50 of the Lisbon Treaty, which relates to the departure of member states from the group, has not yet been applied, and therefore, until that point, negotiations about leaving would not take place. V4 countries have to make balanced and high-quality relations with the UK, he said, rejecting the philosophy of “eating the raisins of the pie”, TASR wrote. 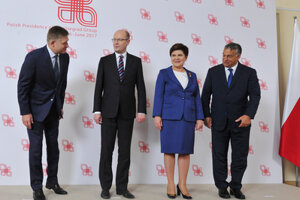 However, it is still true that Brits have access to the single market only if they respect the EU four freedoms. Polish Prime Minister Beata Szydlová said that the prime ministers of the V4 determined this way forward in a joint declaration adopted during the meeting.

“If the EU is to be a global partner, it must be built on the basis of the common and well functioning cooperation of 27 states,” said Szydlová, adding that the EU needs reforms, as quoted by TASR.

Szydlová emphasized that European institutions cannot compel national parliaments to adopt opinions with which they do not agree.

“The Union must be built on what unites us, not divides,” noted Szydlová.