New Slovak Record for Flight of the Bumblebee

A new Slovak record was created by playing the famous song on cimbal, a type of hammered dulcimer. 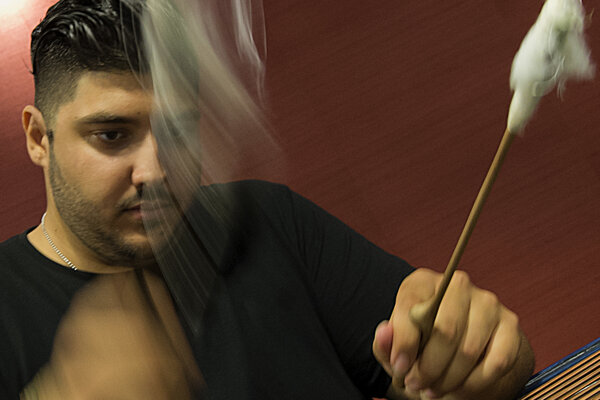 The Slovak record for the fastest speed in playing the song Flight of the Bumblebee by Russian composer Nikolai Rimsky-Korsakov has been made by cimbalist Fery Reiner in Bratislava. It took him 59.1 seconds to play the whole song.

In doing so he broke his personal record, which was one minute and nine seconds, thus raising the bar for speed even higher. His performance was evaluated by Igor Svítok, commissioner of the Slovak Book of Records.

“The world record for playing the Flight of the Bumblebee is held by a musician who played the guitar,” said Svítok for the TASR newswire, adding that it was the first attempt to create a record speed on cimbal.

Braňo Kostka, conductor and leader of the Slovak a cappella band Fragile, was another overseer of the performance. “Music is not measured by seconds or centimetres, it is an emotional thing,” he said, “I am glad that it is a work by Rimsky-Korsakov, because this is one of the few songs that is based on mastery of speed.” He added that it was simultaneously visually very effective, because the speed at which the hammers flew looked like the shaking wings of a bumblebee. The speed was enough, in fact, to break one of the hammers. 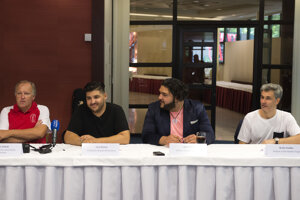 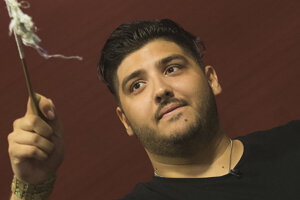 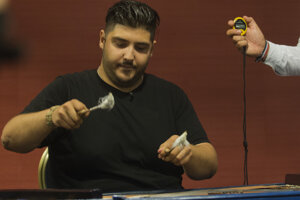 “I like to have new challenges,” stated Reiner for TASR, adding that the cimbal is a very difficult musical instrument and the Flight of the Bumblebee is among the most difficult songs in classical music.

“It was a big challenge for me,” admitted Reiner, who has played cimbal since he was six years old. His ambition is to enter the Guinness World Records.

The Slovak Book of Records contains a number of various musical records. Recorded in the last few months, for example, were 45  accordionists playing a concert together at the highest elevation and a song on the smallest electric guitar in Prešov.