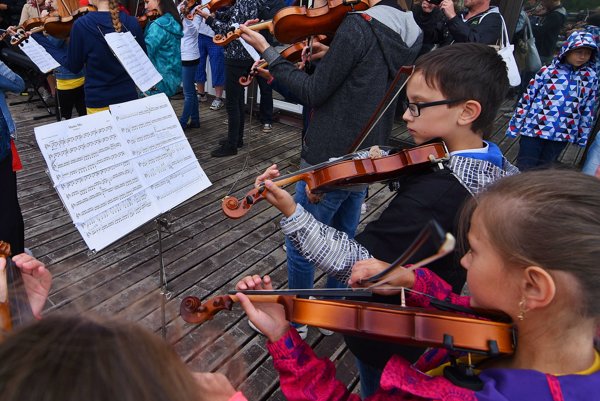 For the third year in a row, a children’s violin orchestra performed in the High Tatras. Twenty eight young violinists from Slovakia, Poland, Hungary, and Ukraine attended a workshop and then performed a concert. They played under the guidance of pedagogue and violinist Tereza Novotná.

The project was created to encourage children to practice playing violin during the summer  holiday.

“If a musician doesn’t train for a day, he feels it; if he doesn’t train for a week, the listeners also feel it,” Novotná explained for the TASR newswire, adding that “it was the reason why I wanted to give children an opportunity to play during the summer.” 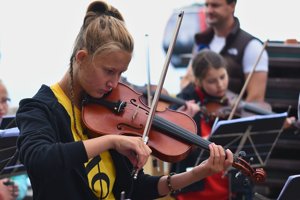 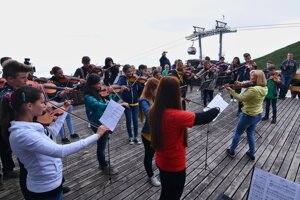 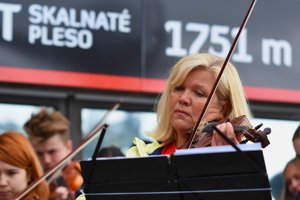 The international violin orchestra performed under the Lomnický Štít (6 photos)

She adapted famous songs for children to play on violin. During the one-hour concert on the Skaplnaté Pleso the group presented songs by world composers such as Johann Sebastian Bach, Eugen Suchoň, Franz Schubert and Hallelujah by Leonard Cohen.

“We believe that the emotion from this event created a pleasant time for tourists not only on Friday afternoon, but it amplified the overall holiday experience in the High Tatras,” stated for TASR Andrea Žigová, executive director of Regional Organization of Tourism for the High Tatras Region.