The links between Slovakia and Austria may really be deep-routed, as is proven by the example of a Slovak choir and a prominent Vienna-based opera house. 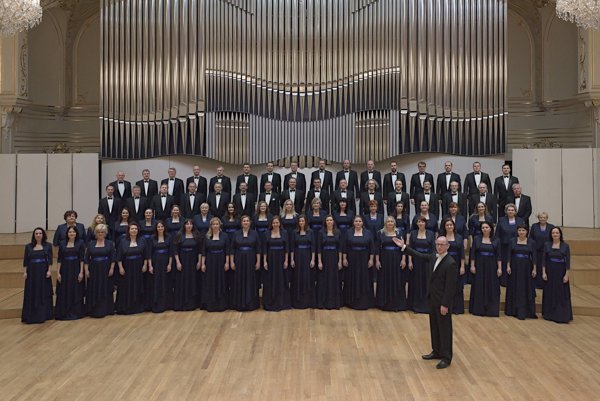 The Slovak Philharmonic Choir and the Vienna State Opera have been cooperating already for more than 28 years.

“We appreciate the cooperation with the Vienna State Opera very much,” Mariana Kušková, manager of the Slovak Philharmonic Choir, told The Slovak Spectator, adding that the opera house belongs among the prominent world stages.

Over the course of nearly three decades the choir has been cooperating with many well-known conductors, including Claudio Abbado, Franz Welser – Möst, Bertrand de Billy, Semyon Bychkov, and Peter Schneider, as well as prominent soloists and renowned directors. The choir performs along with members of the Vienna State Opera’s orchestra and choir.

The very first production in which the Slovak Philharmonic Choir performed was the opera Khovanshchina by Modest Petrovich Mussorgsky, conducted by Italian conductor Abbado. Since then, they have performed in other pieces, including Moses and Aaron by Arnold Schoenberg, Tannhäuser and Rienzi, both by Richard Wagner.

During the 67th season, the choir performed in two operas: Khovanshchina (conducted by James Conlon) in September 2015 and Boris Gudonov (conducted by Marko Letonja) in May 2016, Kušková said.

“I hope that in upcoming concert seasons there will also be room for cooperation which is grounded in quality and reputation of our prominent vocal ensemble,” Kušková added.