Bratislava to intensify links to Vienna

To increase the awareness of and interest in cultural events in Bratislava was the main objective of the press conference held in the Slovak Cultural Institute in Vienna on June 1. 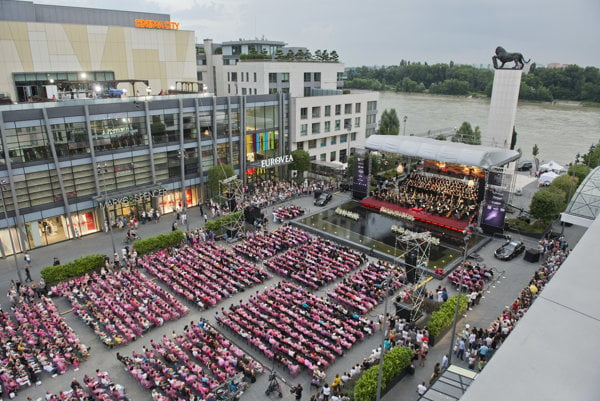 “We need to intensify the cooperation with Vienna as they are the two nearest capitals in the world,” Bratislava Mayor Ivo Nesrovnal said, as quoted by TASR.

Since the fall of the Iron Curtain, only three mutual projects have been successful: the construction of highway, the cycling bridge and the Twin City Liner. The plan, however, is to lure more Austrians to visit Bratislava and Slovakia, Nesrovnal added.

As for the cultural events that may attract inhabitants of Vienna, head of the Bratislava Cultural and Information Centre Vladimír Grežo pointed to the 41st year of the Cultural Summer and Castle Festivities in Bratislava. It will offer various performances on more than 20 stages. Moreover, there is also a guitar festival, which celebrates 41 years in 2016, or the Viva Musica festival.

“Our cooperation with Austrians has been at the top level for many years,” head of the Slovak National Theatre (SND) Marián Chudovský said, as quoted by TASR.

In cooperation with one Vienna-based travel agency, together 0.5 million people have come to Bratislava to see opera and ballet. They also visit drama performances as some of them have English subtitles, Chudovský said.

The proximity to Vienna has been highlighted also by the head of Viva Musica festival Matej Drlička, who considers it “the capital of classical music”, as reported by TASR.