Austrian artist Georg Planer exhibits his work in Bratislava for the first time. 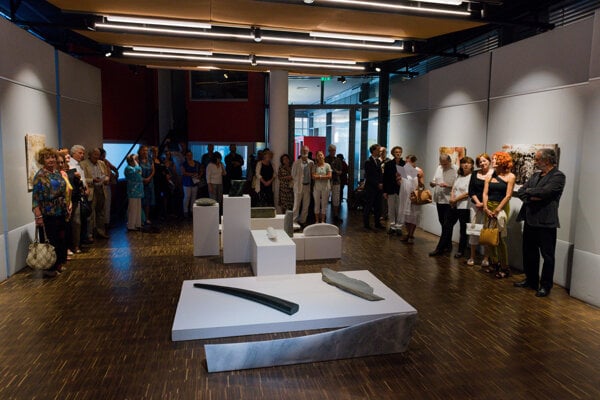 The display of his sculptures and paintings in the Austrian Cultural Forum is also the last exhibition within the 2016 edition of the international project Sculpture and Object, the TASR newswire reported.

“I am not interested in traditional figurative sculpture,” Planer told the July 6 conference, as quoted by TASR, adding he is interested in the rock and its metamorphosis. This is what he tries to express. “My rock sculptures are created from freedom and do not have any function in an ordinary meaning.” 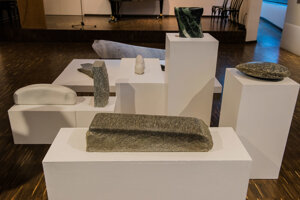 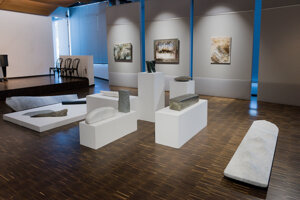 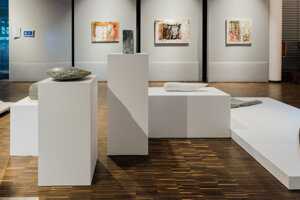 He perceives his sculptures as rock folding, while the paintings represent the inhospitableness of mountains.

Every rock he uses has its own story which still continues even after he has created an exhibit from it.

“I do not give names to my paintings and objects,” Planer told TASR.

The July 6 opening of the exhibition was attended also by Austrian Ambassador to Slovakia Helfried Carl. It runs until August 21.