In Bojnice zoo, bear escapee was put to sleep

A brown bear escaped from the enclosure on July 21 morning and got close to visitors. 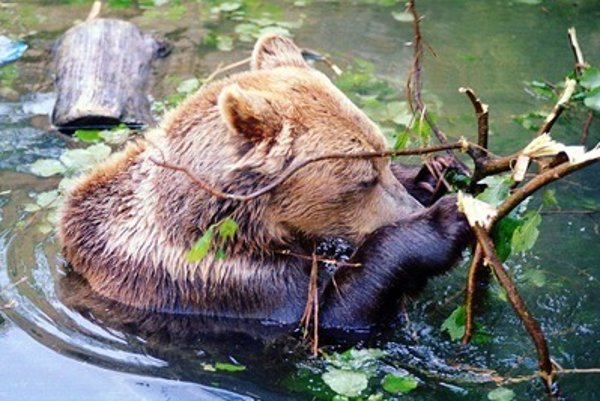 It was visitors themselves who pointed to the animal running loose, being separated from them by just a fence.

The animal – allegedly nameless as it arrived at Bojnice only about a month ago – aged 6 and coming from the Czech zoo in Tábor, was caught soon afterwards. Later, it turned out he was called Balú (after the bear in the Jungle Book) in Tábor, and never showed any signs of being aggressive.

Then, the reports on what happened differ: “A vet first used a tranquilizer gun, but without success; thus, we had to kill the animal – in the name of security of everyone,” Andrea Klasová of the Zoo’s marketing department told the Pravda daily, adding that the bear has been aggressive since his arrival. She admitted, though, that he may have been only nervous in the new environment.

However, the Nový čas and Plus jeden deň tabloid dailies cited her as saying that Balú was first sedated by a shot and then killed, as he could not be released to live in the wild – having lost the fear of humans. He could not have been kept at the zoo, either, as he would probably try to escape again.

His body will become a taxidermy specimen.

Balú’s death has caused a wave of protests by public and also calls for the resignation of zoo head, Milan Šovčík, Nový čas wrote.