Adamčík to run for the post of Sieť chairman

The five “rebels” criticising incumbent chairman of the coalition party Sieť, Radoslav Procházka, now have a clear idea about who should replace him. 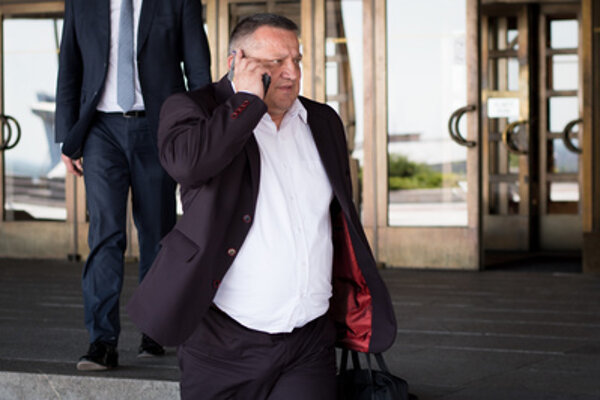 At an extraordinary August party congress, they will support the candidacy of MP and Sieť vice-chair, Eduard Adamčík. “This is our joint decision,” Sieť vice-chairman Andrej Hrnčiar told the TASR newswire about their selection of a candidate from among a group of MPs which includes – along with himself – also Martin Fedor, Katarína Cséfalvayová, Igor Janckulík and Adamčík.

Hrnčiar admitted that several names were considered but a few factors led to the choice of Adamčík. “He himself showed interest, he knows the regions very well; and he could represent a compromise candidate who may stabilise the situation in the party,” Hrnčiar argued.

Radoslav Procházka promised to comment on the running of Adamčík. According to TASR’s source’s information, he himself should not run. However, Procházka has not issued an official stance yet.

Sieť will elect its new chairman at an extraordinary congress on August 13 in Trnava. The incumbent chairman faces criticism from five Sieť MPs – Katarína Cséfalvayová, Andrej Hrnčiar, Martin Fedor, Eduard Adamčík and Igor Janckulík. All of them have already announced officially that they do not trust in Procházka, as he does not have the skills and talents required to lead a party.  They have created the Platform for Responsible Policy; in it, they say – among other things – that Procházka does not represent their views and that they continue to support the government manifesto.