Prosecutor of the Special Prosecutor’s Office Vasiľ Špirko was supervising the investigation of the current case related to the Interior Minister.

The National Crime Agency (NAKA) accused prosecutor of the Special Prosecutor’s Office Vasiľ Špirko of abusing of his powers. It is the first case in which such an elite prosecutor has been accused, Denník N daily reported on July 26.

Špirko was supervising the investigation of the current case related to Interior Minister Robert Kaliňák of Smer. The opposition wants Kaliňák to resign for allegedly covering up tax fraud involving businessman Ladislav Bašternák.

“Given that this matter is at an early stage, I can only say that the prosecution has been launched and a charge was brought for abusing a public officials’ powers,” said the regional prosecutor in Banská Bystrica Peter Bedlovič, as quoted by Denník N. 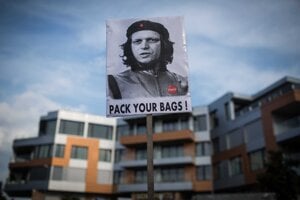 Špirko filed a complaint against the order and is still waiting for a decision, according to Bedlovič. However, he refused to describe the activities for which Špirko is accused.

Špirko worked as an independent prosecutor in the case and politicians could not influence his decisions, according to Ordinary People and Independent Personalities leader Igor Matovič. He went on to say that Špirko should also supervise the cause of Radovan Varga who was jailed in 2013 and is now facing accusations of tax fraud and ordering a murder.

“By those activities he reportedly became uncomfortable and accusations should serve as a threat and for stripping him from these causes,” Matovič told Denník N.