In an effort to reduce the consumption of plastic bags, the Environment Ministry proposed an amendment to the Waste Act banning shops from giving them to their customers for free. 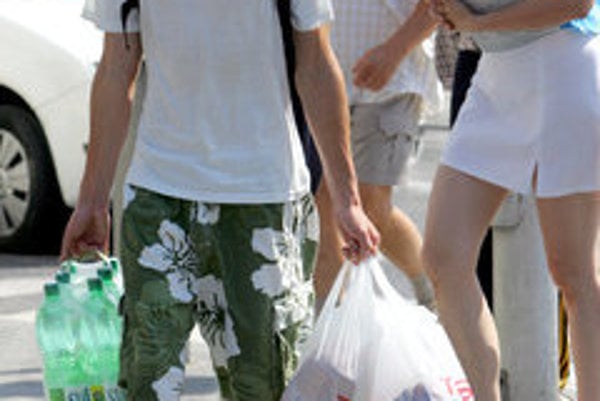 Moreover, shops should also be obliged to keep records of plastic bags sold, the TASR newswire learnt on July 26.

Each Slovak consumes 466 plastic bags per year, while the EU average stands at 200 bags, according to an organisation called Envi-pak.

Slovakia is obliged by European directives to reduce consumption of plastic bags. EU member countries have two options provided by the directive: they either should ensure that the annual consumption of light plastic bags does not exceed 90 per capita by the end of 2019 and 40 by 2025, or they should make sure that they will not be provided to shoppers for free.

“Light plastic bags more quickly become waste, and thus it is necessary to prevent such waste’s impact on the environment,” the proposal argues. By decreasing their consumption, also the waste from packaging is reduced which is fully in compliance with the hierarchy of the waste economy where the first priority is to prevent the creation of waste.

“Common people think that plastic bags and HDPE bags are harmless for people,” PR manager of Envi-pak Silvia Nosálová told TASR. “However, the problem comes when heat impacts the plastic, when harmful matters like bisphenols are released. Thus, you should not display plastic packages to excessive sunshine.”

The Environment Ministry-sponsored bill, currently in the inter-ministerial comment phase, is envisaged to enter into force as of March 1, 2017.