Krynica: Will Europe stay united? central Europe is part of the answer

The motto of this year’s edition of the Economic Forum in Krynica, Poland is: United or Divided? Europe in the Face of the Challenges of Tomorrow. 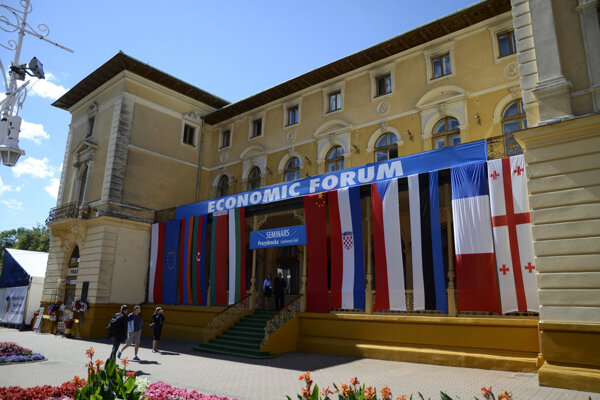 Economists, business leaders, government representatives, scientists, and activists from the third sector. All of these can be found among the diverse group that gathers in the Polish spa town of Krynica every year to attend the Economic Forum. Its 26th edition will take place between August 6-8 this year.

The motto of this year’s edition is: United or Divided? Europe in the Face of the Challenges of Tomorrow.

“2016 has been a year of great challenges for Europe,” Zygmunt Berdychowski, Chairman of the Krynica Economic Forum Programme Council and a co-founder of the Institute of Eastern Studies Foundation, wrote in his commentary for the Emerging Europe portal. He went on to list migration, terrorism, and Brexit among them.

“All these events have had a huge impact on the geopolitical and economic situation of the countries in central and eastern Europe. What will be the future of the European Union be? Are we able to bring peace and stabilisation to a continent that is, now, being torn apart?”

These are the issues that the 26th edition of the forum should be dealing with. The forum in Poland is different from the biggest event of this kind in Davos.

“Only people who don’t understand how big the difference is would compare any of the events taking place in the region to Davos,” he wrote and explained that Krynica organizers do not have global aspirations, they rather want to focus on central and eastern Europe.

The most influential politicians from the region regularly take part in the forum, including Prime Minister Robert Fico and his predecessor Mikuláš Dzurinda.

“I am delighted that the organizers of the Economic Forum in Krynica - Zdroj have managed to build a tradition of meetings between the representatives of governmental and economic circles of the CEE countries, during which debates related to its political and economic development can take place,” Dzurinda said as cited by the event’s website.

The meeting regularly attracts about 2,500 guests coming from more than 60 countries, not just in central Europe but also elsewhere in Europe, America, or Asia. The event is covered by 500 journalists.

This year’s three-day programme will be divided into 12 sections. Organizers promise six plenary debates, more than 180 panel discussions, lectures of personalities from the public sphere, workshops, and roundtables.

The forum also has a cultural programme that presents literature and movies from central Europe.

The highlight of the event is the award Man of the Year, which distinguishes a personality from the region. In 2012, Slovak PM Fico received the award.