Most popular on YouTube from Slovakia: Happy Tatras and swimming babies 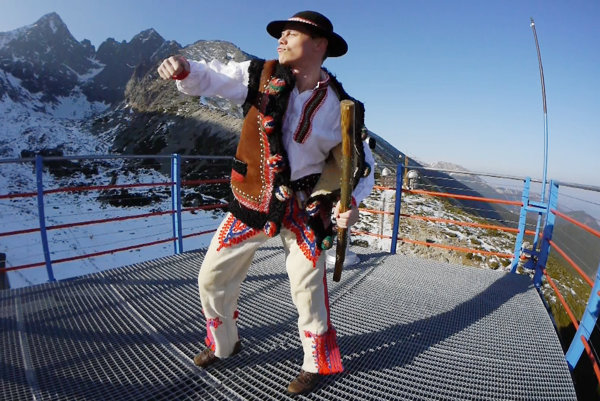 What are the most popular Slovak videos on YouTube? We searched for Slovakia and Slovensko and here are the five most viewed videos we found.

The Slovak version of Pharrell Williams's popular song Happy, which was also performed in other Slovak regions. The video shows winter beauty of the highest Slovak mountains, the High Tatras.

A performance of the Scottish man who joined the reality show Czechoslovakia's Got Talent in 2011, who terrified at least one of the jurors. Stevie Starr introduced himself as a “professional regurtitator”, who swallows various items, including a pool ball for example. He is also known from other countries which organise this talent competition.

Two men walk on the biggest and deepest mountain lake in the High Tatras - the Veľké Hincovo Pleso. The water froze in very still weather, so the ice is crystal clear and you can see to the bottom. They admire the clear frozen lake, but don't want to go farther, because it can be dangerous. They also wonder whether ice-skating would be a possibility.

Slovak singer Kristína represented Slovakia at the Eurovision Song Contest in Oslo, Norway in 2010. She sings in Slovak about the Slovak Horehronie Region with beautiful nature, which is situated on the southern side of the Low Tatras.

A video shows parents with their children in a swimming pool enjoying themselves and teaching the children not only to swim but also dive and catch colourful rings under the water, thereby practising not only attention or motor skills, but also the ability to hold their breath.