Kiska: Fear is the easiest way to popularity

President Andrej Kiska has no information that anything bad might happen soon in Slovakia, he said in an interview for the Sme daily and The Slovak Spectator about terrorism, extremism, NATO cooperation, Turkey and more. 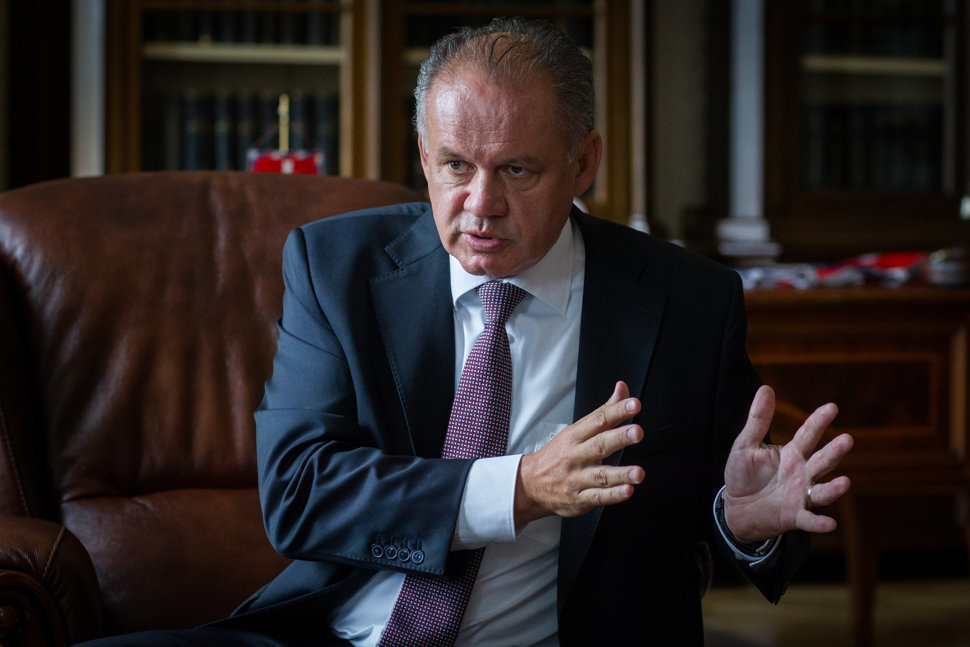 Over the past month Europe has experienced several terrorist attacks. People are aware of terrorism, and they are afraid. Also journalists need to consider how to explain these events to people. How do the attacks change our society?

Andrej Kiska (AK): I also turn on my computer in the morning full of concerns. I’m also worried when my phone rings at night. Like after the Nice attacks, when the director of the Slovak Information Service called me to explain what was happening and reassured me that there is no threat of terrorist attacks in Slovakia. It’s a strange phenomenon that we are living right now. In western Europe 20 years ago terrorist attacks were relatively common: Italian red Brigades, the German fraction of this organisation, or ETA, were attacking in the interest of various, also separatist ideals. The number of casualties was even higher then. Even though we felt relatively safe in our police regime under socialism, during the Nice attacks I recalled Olga Hepnarová who in 1973 got into a van and killed eight people. She hated the whole society. Such sick individuals have always existed, and always will. Today the phenomenon changes in the sense that the sick and frustrated individuals who cannot find their place in the society try to excuse their acts through religion and they are also encouraged to such acts by fanatics.

But why is there the feeling that terrorism is on the rise now?

When someone says that every Muslim is a potential terrorist, they offend 1,6 billion people. That only plays into the hands of ISIS, because it provokes hate.

AK: The dangerous part of this phenomenon is that they are becoming celebrities. There are reports about them everywhere. Just remember the shooter from Devinska Nova Ves, who in 2010 killed seven people. If that happened today, within half an hour the whole world would probably know about him as a potential terrorist. Media turn these people into negative celebrities and expose them as examples for other insane individuals. This morning [July 28] I noticed the statement of some French media that they wouldn’t publish the names and the pictures of terrorists.