Slovakia seems like an unlikely place to have a biannual event to catch a crocodile, but that is what has happened in Banská Belá, based on a humerous but true story. 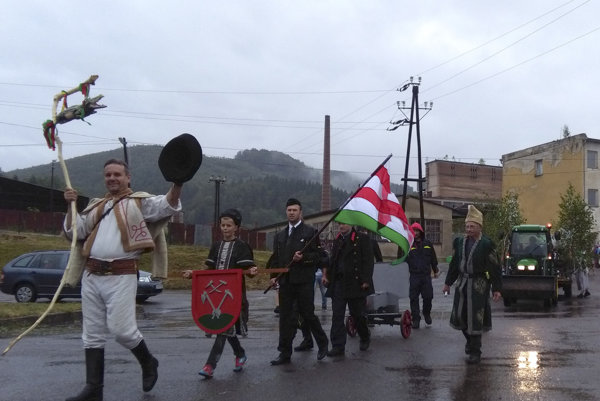 Since 1962, the catch of the crocodile is held in the village of Banská Belá in Banská Štiavnica Region in central Slovakia every other year. Weather forecasts and all-day rain, however, forced organizors to hold the event to catch the “crocodile” a day earlier than usual this year, on July 16.

“Afterwards we will divide the crocodile like every year,” said Branislav Babirád, mayor of the village, for the TASR newswire, adding that people who came despite the rain had additionally crocodile tears in the form of liquid food.

Catching the crocodile is organized in Banská Belá on the basis of a funny story that happened in the village many years ago.

As written in the village monograph, one time drunk inhabitants of the Halča settlement were coming back from a Banská Belá pub after a huge storm. While walking near Halčianske Lake, they thought they saw a crocodile, which was in reality a floating trunk of pine.

They reported the menace to the city leaders, and city council issued an order to catch and destroy such a dangerous monster. 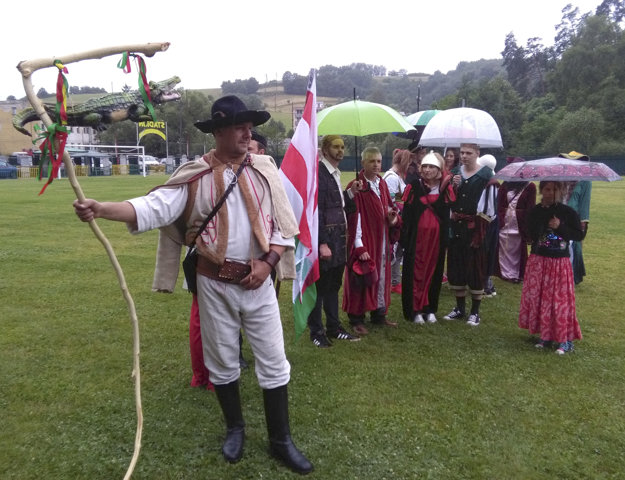 This story became the impulse for a village feast, where everyone gets a piece of the caught crocodile.

“The catch and dividing of the crocodile” is currently aimed at presenting what is unprofitable for the village and what is troubling for citizens. For those who want to make a complaint about the  village, they can do so, but they must become performers and make everybody laugh as well. So, by individual way to make a joke or make the public laugh, as reported in the publication.

The rare event takes place on the eve of the Belianska pilgrimage, which is held in the village on the first Sunday after July 16.

“Next year the catch of the crocodile will also be connected with a celebration of the 790 village anniversary and meeting of representatives of the royal mining towns,” reminded Babirád for the TASR.