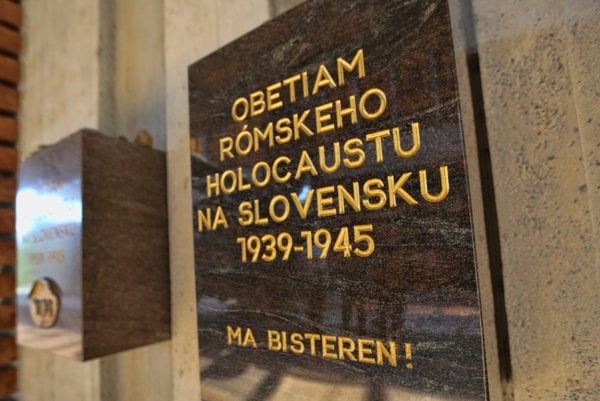 An exhibition called Porraimos – Roma Holocaust marking the 72nd anniversary of the liquidation of the Roma in part of the Auschwitz-Birkenau extermination camp, was opened at parliament on August 2.

“The Roma Holocaust Commemoration Day is an important and memorable day for the Roma, on which their ethnic group was supposed to be exterminated,” said chair of the parliamentary human rights committee Erika Jurinová (Ordinary People and Independent Personalities), as quoted by the TASR newswire. “Unfortunately, there are similar efforts even today and for this reason it’s necessary not to forget the distant past and to remember historical events.”

The Roma Holocaust has been kept secret for a long time, reminded former government proxy for Roma communities Peter Pollák. This special gypsy camp was discussed during the totalitarian regime, and not even after its fall, he added.

“It wasn’t until the past five years that some facts have been published,” Pollák said, as quoted by TASR.

The exhibition showing items from the Museum of the Roma Community in Brno (the Czech Republic) and the Museum in Hanusovce nad Toplou (Presov region) will run until August 8.

Meanwhile, dozens of people holding white carnations commemorated the Roma Holocaust at the Slovak National Uprising (SNP) Museum and Memorial in Banská Bystrica. The event was organised by civic association In Minorita, which holds commemorations every August 2 as part of the Ma Bisteren! (Let's Not Forget!) project. 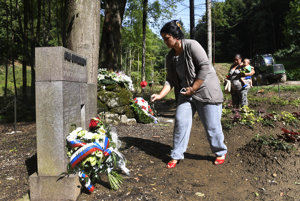 On the occasion, a commemorative plaque was unveiled to remind visitors that aside from other nations and nationalities, it was also the Roma who took a stand and fought in the Slovak National Uprising as well as for freedom and democracy, TASR wrote.

“The event has been organised regularly since 2005 to commemorate the genocide committed against Roma in Europe during World War II,” said Zuzana Kumanová of the In Minorita association.

In his opening speech, SNP Museum Director Stanislav Mičev said that it seems as if history has come full circle and this mindset is re-emerging, with people seemingly forgetting that if another individual has different skin colour, religious beliefs or culture, he or she is less of a human being.

“If someone believes that the only way to get rid of inconvenient people is to murder them, that's a senseless political choice,” Mičev added, as quoted by TASR. “That’s really no way to live. I call upon young people in particular – and not only in Banská Bystrica – not to vote for extremists, who needlessly polarise society and stir nationalist conflicts when casting their ballots at polling stations. We’re all made equal.”