Until politicians agree to leave history to professional historians, accept their findings, however unsettling, and discuss them honestly, not least in classrooms, school trips are unlikely to change much. 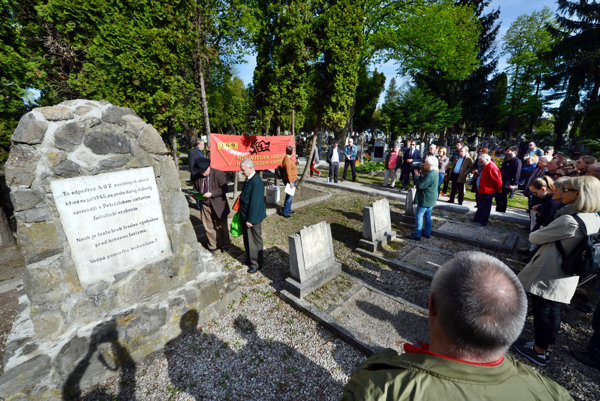 In recent months, Slovak politicians have been falling over each other to urge mandatory school trips to sites that commemorate the victims of extremism. While improving Slovaks' knowledge of their own history would be a laudable aim, is that the likely ­– or even intended – outcome of these initiatives?

In April, a range of opposition parties called on the government to make visits to the former Nazi death camp at Auschwitz-Birkenau in Poland compulsory for every Slovak schoolchild ­– and for the state to fund these.

Education Minister Peter Plavčan, a Slovak National Party (SNS) nominee, and the speaker of parliament, Andrej Danko, who leads the SNS, expressed their support for the initiative.

In June, Danko promised that his party would also insist that school visits to the Holocaust Museum in Sered, in western Slovakia, become a compulsory part of the school curriculum.

And just last month, responding to a proposal by the Union of Anti-Communist Resistance, Danko announced that he also supports compulsory school trips to visit sites commemorating victims of the communist regime.

Now there is nothing wrong with such visits. The Holocaust is certainly something about which every child should be taught, and greater awareness of the communist period in Slovakia's history is long overdue.

But there are a number of problems with these plans.

First, they seem quite clearly to be a knee-jerk response to the success of the neo-fascist People's Party ­– Our Slovakia (LSNS) in the March election. The party's extremist views are shared, according to polls, by 10-20 percent of the population and have been fermenting for decades.

The SNS, despite its protestations that it is a 'normal' party, has in the past echoed an uncomfortably similar range of views ­– which might explain why its leaders are now so keen to be seen opposing extremism.

Second, these risk being tick-box solutions. Reducing an historical crime as monstrous as the Holocaust to an afternoon visit to Auschwitz-Birkenau – for all that appalling place's power to shock ­– would be an over-simplification. Children whose parents are inclined to support the LSNS, a party which openly celebrates the wartime regime which sent most of Slovakia's Jews to their deaths, would likely treat a coach trip to Poland as little more than a lark.

Which brings us to a third, deeper problem: history without context is meaningless.

There is little consensus among Slovaks about their own recent history. During communism, open discussion was suppressed in favour of the official line. And for largely political reasons, proper historical research has since often been side-lined or ignored in favour of myth-making or the active avoidance of inconvenient truths.

Take the state-sponsored Matica Slovenská cultural organisation, whose historical outlook has long been nakedly nationalist; or the taxpayer-funded Nation's Memory Institute (UPN), which has been riven by internal battles between right-wingers and ex-communists, to the detriment of its important work.

Until politicians agree to leave history to professional historians (Slovakia is fortunate to have some fine ones), accept their findings, however unsettling, and discuss them honestly, not least in classrooms, school trips are unlikely to change much.

So here is a suggestion.

By all means, take children from Bratislava to see Auschwitz. But perhaps tell them first about the Nazi concentration camp that existed on their own doorsteps, in Petrzalka ­– then called Engerau – in the winter of 1944-45; about the hundreds of mostly unidentified Hungarian Jews who were murdered or worked to death there; and about the reasons why there was almost no discussion of their fate, investigation of their persecutors, or commemoration ­of their loss – in postwar Czechoslovakia, or indeed post-communist Slovakia – until a remarkable exhibition last year at the Jewish Community Museum in Bratislava.

This terrible tale has some advantages for the sensitive national psyche: as far as we know, neither the victims nor the perpetrators were Slovaks; and Petrzalka was not, during the brief period when the events took place, part of Slovakia. But they illustrate in microcosm the complexity of the war and the period that followed, (Czecho-)Slovakia's situation in it, and the way that political systems and issues of identity affected how countries and people behaved – and continue to behave – towards each other.

What is more, any child in the capital can study this subject without having to travel further than their own city.

Disclosure: the author helped prepare the English texts of the Engerau exhibition at the Jewish Community Museum.