Coloured lights will give information on rain, wind and sun on the way. 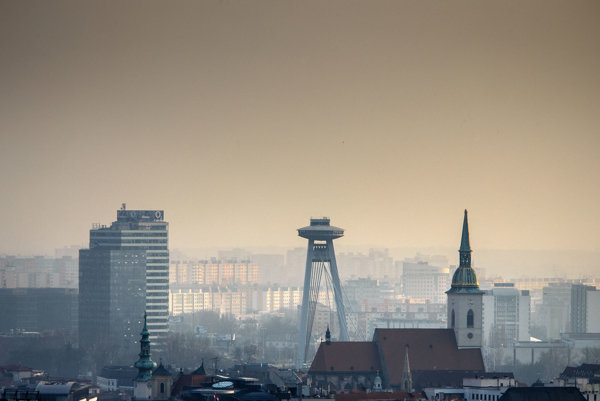 Yellow will signal sunny weather to come, red will mean windy, blue will warn of rain and green indicates a foggy day as the SNP Bridge in Bratislava now looks set to broadcast weather forecasts, the TASR newswire wrote on August 3. The illumination project with these specific parameters, conceived by Ondrej Riečičiar, was unveiled  back in 2015. According to Bratislava Mayor Ivo Nesrovnal, the original idea to illuminate the UFO restaurant atop the SNP Bridge has been taken a step further to include the public transport stops underneath the bridge.

The specific positioning of colour lights was worked out with employees of Siemens on August 1.

“We’re capable of programming the lights approximately within one month,” Siemens public illumination division technical director Richard Procik. “Therefore, the project can be launched in full operation as of September at the very latest.”