Ruling on G-tariff raises many issues 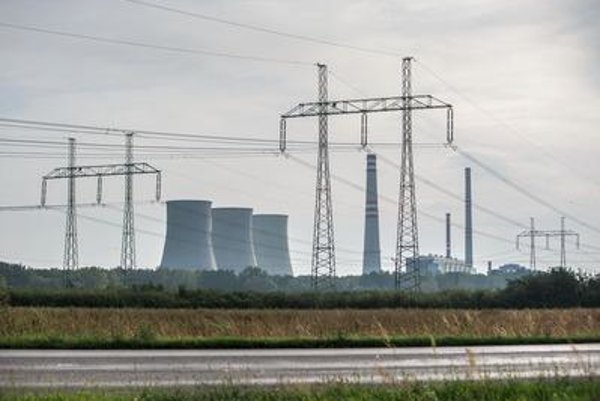 THE FUTURE of the so-called G-component or G-tariff for electricity producers remains in question even after the Constitutional Court ruled part of the law invalid in late June.

While operators of solar power plants see the verdict as a fantastic success, the Regulatory Office for Network Industries (ÚRSO) has declined to comment citing the need to read through the entire verdict.

Introduction of the G-component or payment of reserved capacity for electricity producers who are connected to the grid and the distribution network and supply electricity in 2013 raised a wave of criticism from power producers.

They saw it as reduction of state support for renewable energy sources as well as handicapping them on the European market compared to foreign competition.

A group of members of parliament challenged the tariff with the Constitutional Court which ruled on the matter in late June, publishing its verdict in July and making parts of the regulation unconstitutional.

“This is positive news for green energy, our climatic obligations and stability of the business environment,” said Veronika Galeková, the head of the Slovak Association of Photovoltaic Industry when commenting on the verdict.

The verdict was published in the collections of laws on July 21 and thus became effective. ÚRSO is obliged to put the regulation in line with the constitution within six months.

“ÚRSO is still waiting for official delivery of the whole verdict by the Constitutional Court,” ÚRSO spokesman Radoslav Igaz told The Slovak Spectator. “Until then it will not comment on the matter.”

The verdict of the Constitutional Court comes in several layers. While the court has not found the new tariff as unconstitutional in general, it objected to the way in which ÚRSO introduced it. Another aspect of the verdict which pleased especially small renewable producers is that those who do not have signed contracts about access to the distribution network supply with distributors are not obliged to pay the tariff.

The tariff was introduced by the Regulatory Office for Network Industries, as part of the Decree of ÚRSO Setting Price Regulation in the Electricity Sector, a set of regulations that became valid on July 30, 2013. Based on it, electricity producers connected to transmission or distribution networks were obliged to pay it to power distributors as of 2014. When introducing the new fee ÚRSO argued that in this way power generators should share the costs of developing and maintaining the grid.

“We are introducing the new so-called G-component or payment of reserved capacity for electricity producers who are connected to the grid and supply electricity, which is not in contrast with any European legislation; even European legislation enables such a fee,” ÚRSO head Jozef Holjenčík said in July 2013.

The Slovak Association of Photovoltaic Industry (SAPI) points out that the introduction of the G-tariff has changed the economy of investments because it sucks a significant portion of revenues from electricity producers. In Slovakia, producers from renewable sources receive support from the state in the form of so-called feed-in tariffs and thus SAPI’s opinion is that the new tariff ends up reducing this state support. The tariff also puts Slovak electricity producers at disadvantage compared to foreign producers as the latter do not pay this fee. SAPI has calculated that a facility with production of electricity from solar energy has to pay €19 per 1 MWh of produced electricity.

“In the situation when the market price of the electricity as commodity has been below €30 per 1 MWh for a long period of time the G-component means a significant burden,” Galeková of SAPI told The Slovak Spectator.

The Slovak Association of Renewable Energy (SKREA) highlights that the tariff affects especially producers of electricity with a bigger disproportion between the installed capacity and real production of electricity, what are typically photovoltaic power plants.

“But the G-component affected all the subjects for which production of electricity is not the core business but only a tool to economically help their operation, for example companies that utilised their waste technological heat and transformed it into power,” Matúš Burian of SKREA told The Slovak Spectator.

After the new tariff was introduced many subjects which had invested in such power production, started to re-calculate how the economy of their projects changed and regret their decision to begin using renewable resources, said Burian.

The dominant power producer Slovenské Elektrárne (SE), which is still analysing whether the verdict of the Constitutional Court will impact its business, also criticises the tariff. SE has calculated that the fee means annual costs of €20-€25 million. It stresses that this puts it at a disadvantage on the single European market when foreign competition does not have limits in access to the Slovak market. SE operates nuclear, hydropower, coal-fired thermal and solar power plants.

“We perceived and continue to perceive the introduction of the G-tariff very critically,” SE spokeswoman Janka Burdová told The Slovak Spectator. “We consider it a non-systematic and discriminatory measure, which puts Slovak power producers at disadvantage to foreign ones.”

SE closed down the first and second block of the coal-fired thermal power plant in Vojany after the new tariff made production of electricity in them uneconomical.

“Operation of the Vojany power plant depends exclusively on electricity prices on the market and any increase in costs influences negatively its rentability,” said Burdová.

A group of 45 parliamentary deputies challenged the tariff at the Constitutional Court in March 2014. The court ruled on June 22. It marked the G-component as unconstitutional in some aspects.

One of key findings is that ÚRSO overstepped its legal powers and acted at odds with the law when it obliged power producers who have not signed a contract on access to the distribution network to pay the fee. Another point is that signing such a contract is a right of the power producer but not an obligation.

SAPI interprets these aspects of the verdict in a way that the producers who do not have contracts with regional distributors to access the distribution network not only will not have to pay the fee but they will be entitled to remuneration of their fees already paid. SAPI calculated that the state may have to return €72 million to producers of green energy.

SAPI also indicates that as the producers have the right and not the obligation to sign agreement on access to the distribution network, the producers with signed agreements might challenge their validity. Lawyers from the law firm Semančík Poláček who represented the group of parliamentary deputies who challenged the tariff at the Constitutional Court, argue that the producers of electricity from renewable resources supply generated electricity based on contracts on connection and supply of electricity and thus they do not need any contracts about access to the distribution network.

Regional distributors also refused to comment on the verdict.

“We perceive the verdict as a decision which modified the ÚRSO’s regulation about price regulation in one part,” Michal Gróf of the regional power distributor Stredoslovenská Energetika – Distribúcia told The Slovak Spectator, adding that they are waiting for the full explanation of the verdict of the Constitutional Court and the following response by ÚRSO.

It is already now clear that the verdict will become subject to legal analysis but the court’s verdict will have to be reflected in the new price framework to be elaborated by ÚRSO, as its draft contains the same G-tariff that now exists. The new regulatory framework is meant to start in 2017 and run through 2021.