The collapse of part of a rail bridge following a landslide on August 5 has put a stop to rail transport between Vyšné Hágy and Tatranská Polianka in the High Tatras. 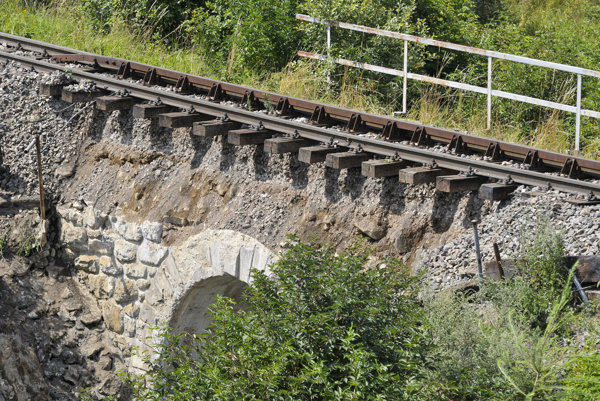 “No train was on the bridge at the time, so nobody was hurt,” Railways of the Slovak Republic (ŽSR) state-owned company spokesperson Martina Pavlíková told the TASR newswire. “The so-called bridge parapet (side-retaining wall) was damaged, while the arch of the bridge remained intact.”

The landslide occurred shortly after an electric train passed over the bridge, according to the Prešov regional fire corps. 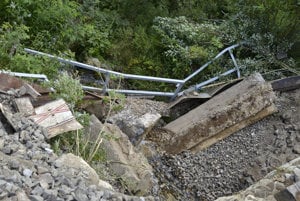 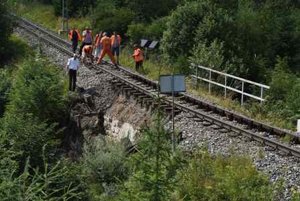 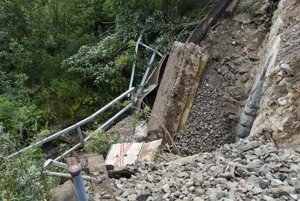 “The causes of the landslide are being investigated, with the extent of the damage to be identified later. ŽSR estimates that the bridge repair will take several weeks in order to ensure that trains are able to travel this stretch at least at a reduced speed,” Pavlíková said.

The 7.3-metre long and 4.3-metre wide concrete rail bridge over the Hromadná Voda brook was constructed in 1910. “It was inspected on a regular basis, with a report from the latest mandatory three-year inspection dating back from November 2015,” said the ŽSR spokesperson.

With rail transport suspended, passengers will have to use substitute bus transport on the stretch, ŽSR informed on its website, while Pavlíková estimates that the ordinary travelling times will therefore be prolonged by some 5-15 minutes. She added that 45 trains pass daily on this stretch on weekdays. The bridge has been used for transport for 106 years, the Pravda daily wrote.