It seems to be hard to select works for a retrospective exhibition, especially of such a prolific photographer as was Slovak Karol Kállay. 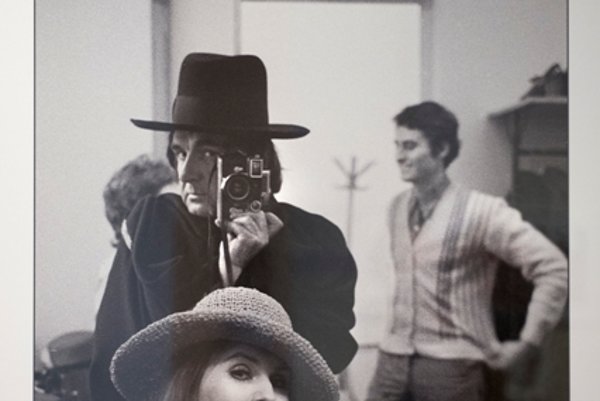 Ultimately, curator Marián Pauer divided the 100 photos exhibited in the Bratislava City Gallery that ends in less than two weeks according to countries, adding a separate section called Fashion.

Pauer, a photo historian and theoretician, knew Kállay well also personally, and he seems to have tried to show the artist not just as a professional but also from his human side. Thus, brief texts in Slovak and English are presented in each room, like Nothing is as attractive as an unexplained mystery, which can be found in the room called Slovakia.

This shows not just the post-World War II Slovak capital but the whole country including rural scenes. Other black-and-white photos in individual sections and rooms present Italy, the US, France, Russia and Mexico. However, rather than impressive vistas or empty de-humanised cities, in Kállay’s works people dominate (and sometimes even animals); and often they are not those in the spotlight or in the cameras’ viewfinders but rather low-key elders, poor people, common couples having siesta, or children. The photographer himself said that who is important is the human in the landscape, be it directly or through traces he has left.

In the photos of well- and lesser-explored countries, we see typical dominants and situations (bullfights in Mexico, the Red Square in Moscow) but often also their parodies (mock bullfights by humans in a park, portrait of Fidel Castro with Soviet leader Khrushchev in front of the Saint Basil’s Cathedral in Moscow, and others).

In the Fashion room, apart from the photos of this genre that this Slovak photographer lived from and focused on for many years, also two of his self-portraits can be seen. 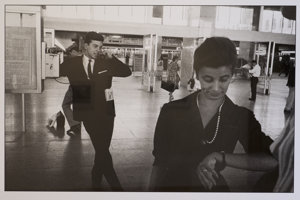 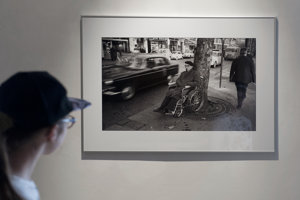 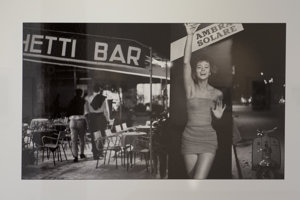 The exhibits include also the photo Asphalt-layers for which he won a national competition at age 16. The curator explained they wanted to present Kállay with what was typical for him – the way he took pictures of people. They also selected localities he was partial to, Pauer told the TASR newswire.

Some snapshots are nostalgic-compassionate, others rather funny: a wedding procession on a ferry, a cat tied to a luxury car, a skier on a strip of snow among grazing sheep; as well as studies of people in public space showing his ability and sense for capturing the moment. The exposition is expanded with books and fashion magazines with his photos.

Kállay, a native from the town of Čadca, became a professional photographer right after graduation. He first took pictures for Slovak magazine Móda (Fashion), later for magazines in Berlin and Paris.  He published more than 40 books of photos; and he received a UNESCO Award (1984) for the Los Angeles publication, won the contest Most Beautiful Slovak Books for Kafka and Prague (1993), the EFIAP (Excellence de la Fédération Internationale de l’Art Photographique) awards in Switzerland in 1970 and several Slovak prizes.

“This is Kállay’s third exhibition in GMB,” the gallery’s Ivan Jančár told TASR. “The first was in 1985 and the second 11 years ago. The current one hails his 90th anniversary which he did not live long enough to celebrate. However, ten such exhibitions could be made from all his works,” Jančár summed up.