As many as 87 trainee soldiers out of 195 engaged in basic training at the Training Battalion in Martin in Žilina Region were most likely poisoned by food or beverages. 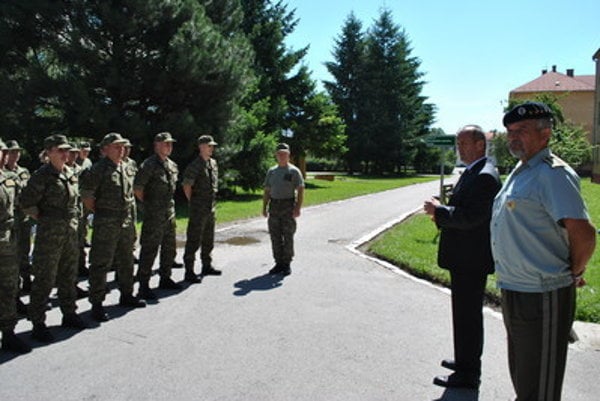 Speaking at the Central Military Hospital in Ružomberok (also in Žilina Region), Defence Minister Peter Gajdoš told the TASR newswire on August 8 that 44 persons were admitted to that hospital and 13 more were transported to the Martin University Hospital.

“None of them is in a life-threatening condition,” he said for media at a press conference. “They are feeling well and the situation is stabilised. We’ve provided them with top health care,” said Gajdos, adding that the chief military hygienist and other experts are currently looking for the source of the illness which appears to be infectious.”It’d be premature to draw any conclusions. We’re waiting for results of analyses by hygienists. Of course, we feel very sorry about this situation. These people entered the basic training as recently as last week,” Gajdoš stated.

“At the moment, it isn’t possible to tell whether it’s a viral or bacterial disease,” Armed Forces chief physician Vladimír Lengvarský, adding that other future servicemen at the facility appear to be doing well, without need for hospital treatment.

The military facility has adopted all necessary medical measures to prevent the disease from spreading any further, including isolation of those who have been at the battalion without showing any symptoms of being poisoned by food or drink, according to the chief doctor.