The British citizen of Syrian origin detained at Košice swimming pool was sentenced for attacking a public official. 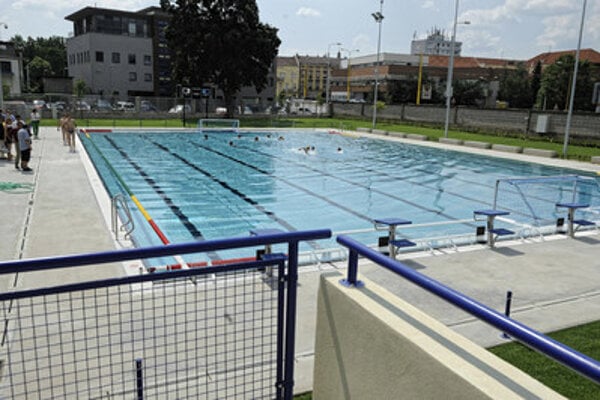 The man identified by initials as A. O. was found guilty by a judge of the District Court Košice I. of the misdemeanour of attacking a public official and received a sentence of 12 months, conditionally postponed for two years. The court also ordered the Briton to pay damage compensation to the Slovak police officer, amounting to €442, spokeswoman of Košice courts Marcela Gálová told the SITA newswire.

“As both the defendant and the prosecutor gave up their right to appeal the verdict, it became effective on August 8, Gálová said. “Due to this, the reasons for custody disappeared and the accused man will be released.”

The man caused an uproar at the Red Star outdoor swimming pool in Košice when he was roaming around fully clothed and was taking photos of buildings. Košice Police spokeswoman Jana Mésarová said that on the morning of July 25, an emergency phone call alerted the police about the man who was behaving suspiciously. Police patrols arrived and learned about the situation from the pool’s employees. They also found that after the man had heard that police were coming, he jumped over the fence and fled the site.

After the police checked video surveillance systems, they found out the British man had a cloth sack and a plastic bag when entering the complex; but when fleeing, he had just the sack. Thus, police had the premises evacuated and started searching for the man, Mésarová said, adding that he was found at the Košice airport. “The man was nervous when interviewed by police, uncooperative, refused to answer questions about his activities and the pool, and about where his plastic bag was,” the spokeswoman explained. “Police detained the suspect; and after initial checks, they found out he had repeatedly visited Syria, Iraq and Ukraine in the last two years. After due proceeding, he was placed in pre-trial custody. The next morning, during a check, he attacked the police officer to whom he caused facial injuries,” Mésarová informed SITA. She added that based on the evidence, the investigator accused the foreigner of an attack on a public official and prosecuted him in pre-trial custody.