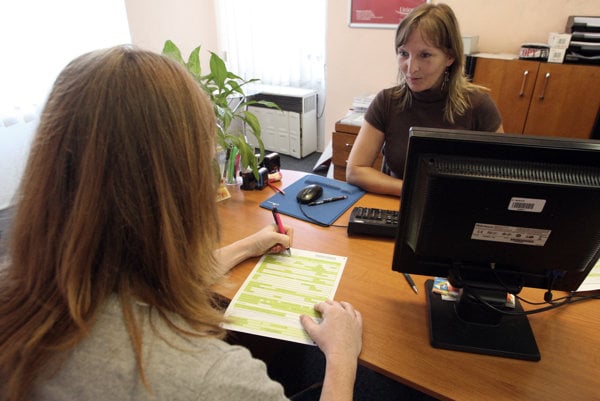 Slovak citizens who protect their houses, cars, trips abroad or other assets with insurance policies be surprised from 2017 when premium payments jump amid plans by the finance minister to boost levies on all forms of non-life insurance.

The draft amendment to the act on insurance that the Finance Ministry sent to interdepartmental review in early August extends the obligation to pay levies from compulsory car insurance (PZP) to all non-life insurance sectors. By introducing the 8-percent special levies the ministry is hoping to boost revenues. The estimates are that the state could earn up to €80 million after the measure becomes effective. However, insurers have sharply spoken out against the amendment that they believe will harm the industry and thus the entire economy.

“The sole purpose of the levy is to gain funds to the state budget and it does not bring any positive effect for the insurance sector,” Miloš Gáfrik, a member of the presidium of the Slovak Association of Insurance Intermediaries, told The Slovak Spectator.

By now, the insurance law specifies the levy at the rate of 8 percent of the premiums that insurance companies receive from PZP on the territory of Slovakia. The Interior Ministry collects these levies to a separate account for the previous calendar year and uses them, after negotiations with the Finance Ministry, to procure the equipment and clarify the causes of road accidents.

If the amendment is passed, these levies will affect all sectors of non-life insurance. Thus, if a client pays €100 per year for flat insurance, €8 of the sum goes straight to the state treasury. Similarly, a client who pays €400 for road accident insurance per year would send the state €32 of the sum, according to the Sme daily.

The Institute for Economic and Social Studies (INESS) non-governmental think tank sees a “premature Christmas” for the government due to growing tax-levy income of €2.4 billion more than the plan for 2016.

“People who voluntarily insure their property and do not burden [the state] with requests for a contribution during floods have to help state finances by 8 percent,” Jozefína Žáková, SLASPO’s general director, told Sme.

SLASPO largued that such taxation conflicts with the Constitution of the Slovak Republic and rules of fair taxation, meets the definition of undesirable double taxation, discriminates and reduces transparency of the legislative and fiscal environment. All these factors lead to lower efficiency of tax collection and have harmful impact on the capital, technological development and economic and social stability, they wrote.

The amendment has upset also banks which reckon it as another non-systemic state measure. Slovak Banking Association (SBA) spokeswoman Zuzana Murcko stressed that the ministry distorts the business environment and significantly impairs the competitiveness of domestic entities in the European Single Market by introducing the levy.

The Institute for Economic and Social Reforms (INEKO) think tank considers all sectoral taxes as ones that discriminate specific sectors and deform the business environment. Seeing that these taxes apply only to Slovak companies, it could put foreign companies in the respective industry in advantage, said Peter Goliaš of INEKO.

“A special levy may force some companies out of the market when they fail to adequately adjust margins and fall into a loss,” Goliaš told the Denník N daily, explaining that taxation makes sense if there are negative externalities as in the case of tobacco and alcohol.

Several non-life insurance segments are already at the border of sustainability while respecting the Solvency II regulation, said Žáková.

She compared the statistics of National Bank of Slovakia (NBS) and the Trend weekly, which show that the 8-percent levy on insurance premiums of €650 million means €52 million which in comparison with the €43 million profit in 2015 would mean industry wide losses.

In the discussion, insurance companies argue that the rate of levy is higher than their own profit from premiums. They will have to embed the levy to the price of their products, Murcko underlined.

New levies may be transferred as well as to the quality of products, opined Vlachynský.

Lack of interest in insurance

Price growth could result in companies abandoning old insurance contracts, while failing to sign new ones. Gáfrik pointed out that the interest of people in insurance will fall as they will rely on the fact that damage will not affect just them.

“We consider such a trend risky because it will definitely lead to financial instability of several thousand people who live or do business in Slovakia,” Gáfrik said.

Žáková opined that while by now most of the non-life insurance sectors is optional, voluntary insured minority will contribute to cover all-society needs that the State guarantees.

Some insurance companies may go bankrupt or leave the market when prices mount. While there is a problem with emergence of imperfect competition, the government should rather dismantle monopolies and oligopolies to create a more competitive environment, said Goliaš.

Gáfrik does not exclude the situation that companies might move insurance of middle-sized industrial risks abroad. 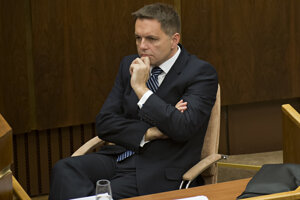 There is potential lack of interest of foreign firms to come to Slovakia due to the unpredictable business environment. When an investor goes into some country and sees that there are special taxes, the level of uncertainty must have influence on its decision, explained Goliaš.

“When the investor assess the risk of specific taxation is huge, it will avoid the country,” said Goliaš, as quoted by Denník N.

Direct taxation of several insurance forms exists in all Visegrad Group countries. While the Czech Republic only applies a similar levy from PZP at 3 percent, in Hungary there are taxes for almost all forms of non-life insurance which range from 10 to 30 percent, noted Miroslav Čapek, life insurance and economy manager of SLASPO.

In Poland, firefighters are paid from the premiums of compulsory insurance on farm buildings at 10 percent. Poles also pay from their PZP about €1 for registration and small amount, about 0.06 percent of levy, as a contribution for surveillance, Čapek added.

However, the first move is to compare the expected increase of insurance premiums with purchasing power of the majority of inhabitants and companies, said Gáfrik.

SASP instead suggests to improve the business environment and to remove red tape to get more money to the state budget. A number of laws adopted in recent years, often beyond the scope of European legislation, burden companies with administration and raise their costs, said Gáfrik.