The police launched prosecution shortly after a late July raid at the nuclear power plant.

The National Criminal Agency (NAKA) launched a new criminal prosecution in the Slovenské Elektrárne case. It now focuses on completion of the nuclear power plant in Mochovce (Nitra Region), the Aktuality.sk website reported.

NAKA directly raided the premises of Slovenské Elektrárne in Mochovce in late July, as well as other sites across Slovakia, including Košice. The aim of the raids was to secure accounting documents, said Police Corps President Tibor Gašpar at the time.

“We need to check the supplier relationship in Mochovce completion,” Gašpar explained, as quoted Aktuality.sk, without specifying more details.

Slovenské Elektrárne later added that the police officers entered the construction site of the third and fourth nuclear blocks of the Mochovce power plant, particularly the offices of a former supplier. 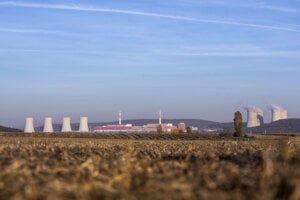 Shortly after the raid, the police launched a new criminal prosecution which does not concern only companies that acted like suppliers, the website reported.

“In July 2016, in connection with completion of third and fourth block of the nuclear power plant in Mochovce the NAKA investigator started a criminal investigation of the very serious crime of violating the duties when administering someone else’s property,” Police Corps Presidium’s spokesperson Martin Wäldl told Aktuality.sk.

The late-July raid was not the first big police action carried out in connection with Slovenské Elektrárne. The police raided the company also last summer, taking several bags of documents. Shortly after the action they launched prosecution concerning the hydroelectric power plant in Gabčíkovo (Trnava Region), the website wrote.