Belgian investors are looking for opportunities

Benefits of freight railway line between Slovakia and Belgium are yet to be seen. 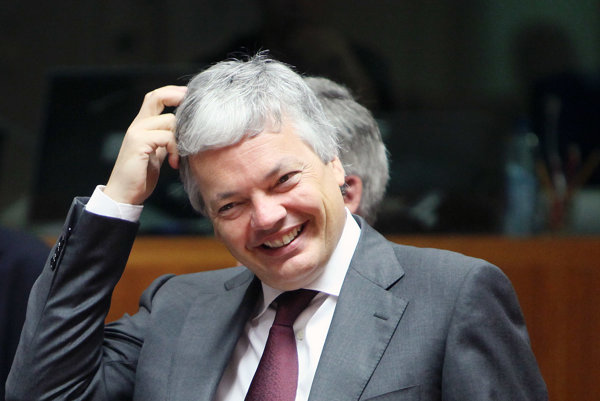 Slovakia is not among the most favourite tourist spots among Belgians but it continues attracting Belgian companies as an investment destination. The freight railway line that was opened in late 2015 between Slovakia and the Belgian port city of Antwerp could further enhance the business links between the two countries, stated Belgian Foreign Minister Didier Reynders who in an e-mail interview with The Slovak Spectator also addressed the expectations for the Slovak EU presidency and cooperation in coping with terrorist threats.

The Slovak Spectator (TSS): Slovakia is presiding over the EU Council for the first time ever. What are the challenges of the presidency for smaller member states? What are the lessons that Slovakia could perhaps learn from Belgium in this regard?
Didier Reynders (DR): To run a good presidency, you need to be well prepared and have a professional and motivated team of civil servants. From a strategic point of view, it is key to focus on the implementation of the EU’s current priorities rather than adding new ones, unless events require immediate action. One has to be flexible and agile and work closely with the EU institutions.

TSS: A main challenge after the Paris and Brussels terrorist attacks is security. How do you see the role of Slovakia in this regard as the presiding country? How do you perceive its priorities in this regard?
DR: The internal security threat is more acute than ever as the recent attacks in France or in Germany have shown. External threats continue to exist. Europeans are united against the threat of terrorism. We have to continue working through cooperation at different levels: police, intelligence, finance, justice. Further effort is also needed on prevention and de-radicalisation. Already in February 2015, after the Paris attacks, the European Council issued a statement on ensuring the security of citizens, preventing radicalisation, safeguarding values, and cooperating with international partners. Over the past year, many of these orientations have been implemented. The Slovak Presidency will have to continue pushing these measures forward.

TSS: Slovakia and Belgium have expressed opposing opinions about a financial transaction tax. What are Belgium’s main reservations and where do you see space for compromise?
DR: Belgium continues to strive for the establishment of a financial transaction tax under the framework of enhanced cooperation. The scope of such a tax should cover shares and derivatives which are traded only for speculative purposes. Moreover, Belgium believes that the tax should not have an impact on the real economy or on pension funds and it is of utmost importance that the tax will not make it more expensive for a country to finance its own debt.

At a meeting on June 16 of the 10 member states of which this enhanced cooperation is composed, it was already clear that the participating members have a strong convergence of views on the core design principles of the tax. Also, it was decided to set up two task forces. The first task force is responsible for analysing what derivatives could be included in the scope of the future tax in order to prevent any impact on a country’s sovereign debt. The second task force is mandated to clarify the cost-effectiveness of the tax. The member states will reconvene again in September to discuss the outcome of these two task forces.