Scouts from Slovakia received help also from their Belgian colleagues this year. 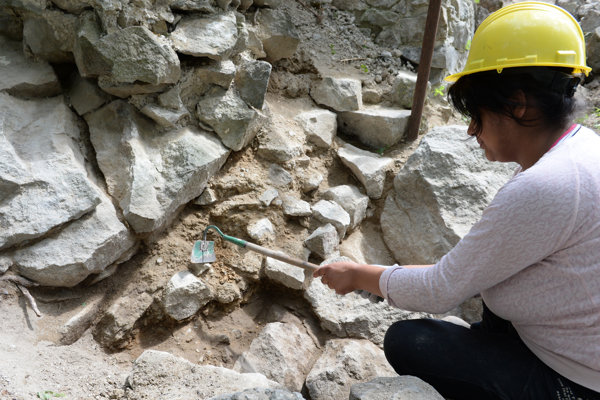 The first group of 60 scouts from Belgium came to Slovakia in late June to help their Slovak colleagues restore the ruins of the Plavecký Hrad castle, located in the village of Plavecké Podhradie (Bratislava Region) in July.

“As we want to preserve the castle for future generations, we have to take steps to save and stabilise it and to prevent its total decay,” Milan Kousal, mayor of Plavecké Podhradie, told the TA3 news channel.

The restoration of the castle, which is financed also with funds from the Culture Ministry and private companies, started in 2011. The works are carried out mostly by scouts from Slovakia but this year they received help also from their Belgian colleagues.

“We could choose from three countries: Sweden, Cape Verde and Slovakia,” the head of the Belgian scouts told TA3. “We agreed we would come here and our decision was right, you have a nice country.”

Altogether 150 Belgian scouts are expected to come, comprising four groups, to help with restoring the castle.

The Belgian ambassador in Vienna, Willem van de Voorde, visited the volunteers and highlighted the importance of participating in this project in which young people are playing a leading role.