The visit to Slovakia coincided with Slovakia assuming the presidency from the Netherlands. 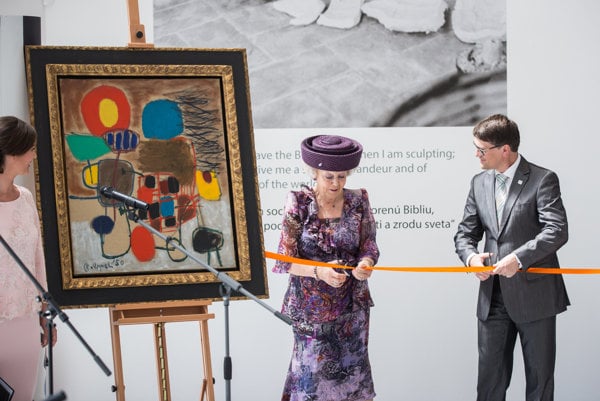 Princess Beatrix of the Netherlands officially opened the European Stars – Miró & CoBrA exhibition in the Danubiana Meulensteen Art Museum in Bratislava on June 30. It was a symbolical reminder of the start of the six-month presidency of Slovakia over the Council of the European Union.

Princess Beatrix’s visit to Slovakia coincided with Slovakia assuming the presidency from the Netherlands. The country’s presidency was very successful, said Culture Minister Marek Maďarič, as reported by the TASR newswire, especially referring to the fact it kept a cool head when the United Kingdom decided to leave the EU.

The founder of Danubiana, Gerard Meulensteen, highlighted the fact that he has witnessed an unbelievable story with the gallery, which has become a successful museum of European modern art institution during the 16 years of its existence, TASR wrote.

The Miró & CoBrA exhibition is composed of 60 works of the CoBrA group. The paintings, pictures and tapestries by Miró come from the private family collection of this Spanish artist and the Successio Miró museum in Palma de Mallorca, Spain.

The Danubiana’s gallery director, Vincent Polakovič, said the exhibition is a good start for the future, and if it turns out well, other very interesting international projects can be expected in Bratislava.