The police have accused Judita Csörgöová of governmental Most-Híd party for founding a gang which later allegedly murdered several people.

Besides being a businesswoman and governmental Most-Híd’s leader for Galanta District Judita Csörgöová could secretly have criminal activities connected with infamous strongman of the Dunajská Streda underworld, Ľudovít Sátor.

She is one of fifteen people accused of various crimes connected with Sátor’s gang committed between 2009-2010, journalist Júlia Mikolášiková wrote on her blog.

The investigator from the National Criminal Agency (NAKA) on May 16, 2016 charged four people with the especially grave crime of premeditated, first-degree murder and four with the crime of murder, in connection with several murders, including that of Sátor, police president’s spokesman Martin Wäldl informed the TASR newswire. 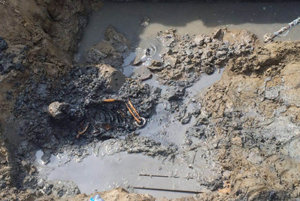 Mikolášiková learned about the charges after the Supreme court decided on August 11 that Csörgöová can be prosecuted without being jailed.

Csörgöová will probably be stripped of her position in the party. but Most-Híd’s spokesperson András Nagy has not yet provided any details, according to Sme daily website.