The Škantár cousins followed in the success of the Hochschorner brothers who entertained the Slovak audience in the first decade of the century. 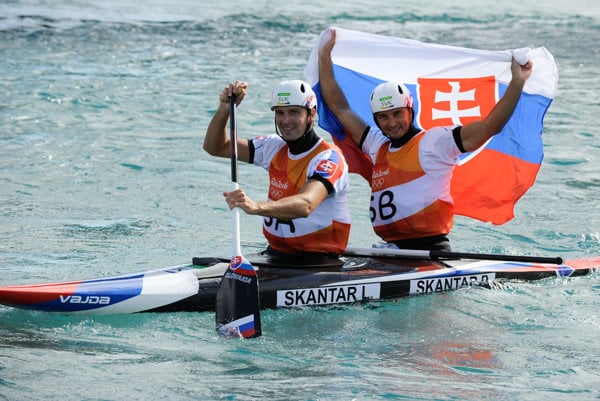 Slovak double-canoe athletes Ladislav and Peter Škantár became Olympic champions in water slalom at the 2016 Summer Olympic Games in Rio de Janeiro, Brazil. They won the gold medal after a fantastic ride in the final round on Thursday, August 11, the TASR newswire reported.

In their first start under the five rings, the Škantárs earned the most valuable medal and followed in the success of three-time-gold predecessors Peter and Pavol Hochschorner. It is the second Slovak medal at the current games along with the silver medal won by Matej Benuš in C1 water slalom discipline. 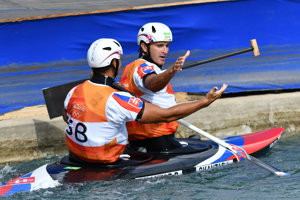 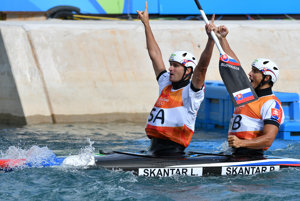 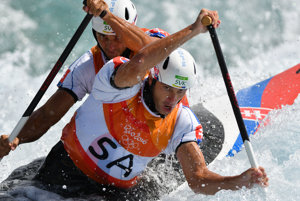 In the competition, the Slovak duo entered the final race in sixth place trailing by 2.49 seconds the current leaders, Germans Franz Anton and Jan Benzien. They passed the first course section without technical faults and, moreover, significantly accelerated before the second and mounted a two second advantage.

At the end of the course, Škantárs used their years of experience for a smooth transition through challenging spots and powered to the finish. Though they had to wait until the end of the race, an overall time of 101.58 seconds earned them the gold medal as not one of the favourite French, Polish, Czech or German boats was able to overtake it, TASR reported. 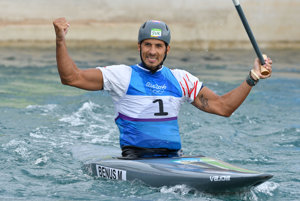 Ladislav and Peter Škantár formed the fourth C2 crew in the era of Slovak autonomy which participated at the Olympic games. Even in Atlanta 1996, there were two couples, brothers Ľuboš and Peter Šoška and duo Roman Štrba - Roman Vajs. Brother Hochschorners dominated water slalom discipline from Sydney 2000 to London 2012 when they were deposed by British duos Timothy Baillie – Etienne Stott and David Florence – Richard Hounslow “only” to third place.

Thank you for singing up. Shortly an email will be sent to the address you provided to verify your e-mail.
Error! Please try to register again later, your e-mail was not registered.
Your email is not in a correct format.
Please confirm you are not a robot.
Share on Facebook (479)