Following on the heels of Slovakia’s two major metropolises – Bratislava and Košice – the Human Rights League will be offering free-of-charge legal counselling for foreigners in Trnava as well. 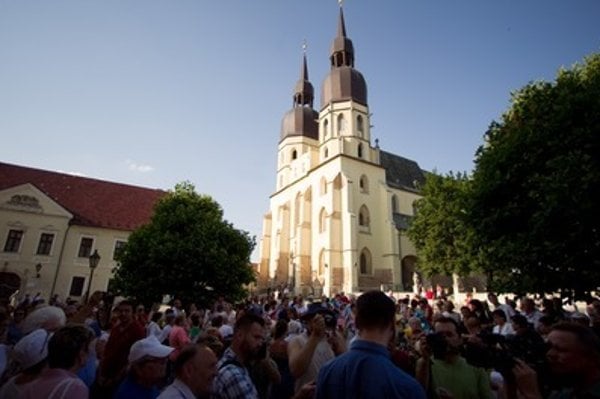 These consultations will be offered for foreigners living in Trnava if they want to inquire about their residence, citizenship, studies, employment or other types of legal help, the TASR newswire wrote on August 14. There are approximately 1,800 foreigners with residency permits in Trnava.

“As a local administration we feel it necessary to respond to their presence and try to create conditions for their activities – in line with the valid legislation," reported Veronika Majtánová of Trnava Town Hall. “This is a follow-up to March's “African-Americans, Roma and Muslims. How Do They Live?” public discussion, which was attended by representatives of the city, the US Embassy in Slovakia and the Open Society Foundation; as well as to April's “We in the City of Trnava” meeting of foreigners. We also met with representatives of the Ethnicity and Culture Research Centre to talk about future cooperation,” she added, as quoted by TASR.

The aim of this initiative is to help foreigners follow the rules of Slovak law and adhere to their duties stemming from the law on residency concerning foreigners.