Agreement on minimum wage for 2017 fails

Employers and trade unions disagree with the Labour Ministry’s proposal to raise the gross minimum wage to €435 a month.

Representatives of the government, trade unions and employers again failed to reach an agreement on increasing the minimum monthly wage for next year at their August 15 session.

The tripartite entities will hold further talks on the matter in the near future, Labour Minister Ján Richter (Smer) told the TASR newswire after the meeting.

The ministry proposes to increase the minimum monthly wage by €30 to €435.

“We didn’t come to an agreement,” Richter said, as quoted by TASR. “Other partners expressed their readiness to deal with the issue of trying to reach an accord.”

The minister promised to convene another session by the end of September, if necessary, and search for compromises. 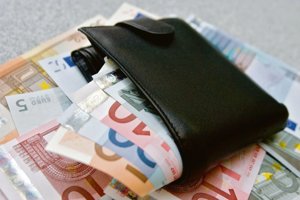 The ministry’s proposal is the result of an analysis of the social situation in Slovakia and expected positive developments of the country’s economy next year, it claims. The aforementioned €30 hike in the minimum wage was submitted by the ministry after the tripartite entities failed to reach an agreement on the matter last month.

Meanwhile, the trade unions insist that the minimum wage should rise to €442 per month next year, while the employers did not submit a figure, TASR wrote.