A rich program for children and good weather made a pleasant atmosphere of the four-day-festival, which attracted more people than ever before. 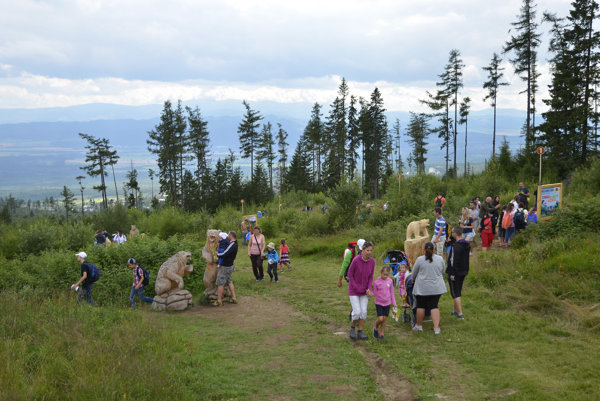 “The weather, as well as an exceptional program, contributed to the record attendance of the Bear Days,” Andrea Žigová, executive director of the Regional Tourism Organization (OOCR) of the High Tatras, informed for the Spis.korzar.sme website, adding that the weather was favorable for this year's biggest summer event for families with children in the Tatras especially in the first two days.

Bear Days lasted from Thursday to Sunday during the first August weekend. Carved wooden bears, created just before the event, helped contribute to a relaxed and pleasant atmosphere.

The visitors came up to Hrebienok during the festival either by cablecar or on foot from Starý Smokovec, the oldest village in the High Tatras. 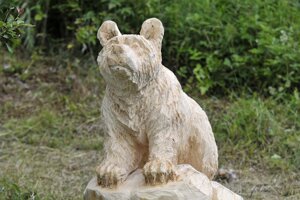 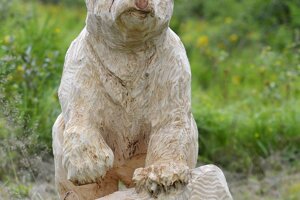 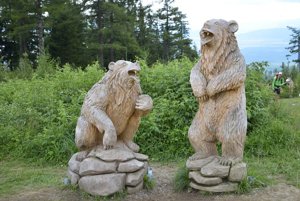 The ninth year of the festival Bear Days (19 photos)

“A change of weather on Saturday, which brought rain and colder weather to the Tatras, resulted in a lower number of visitors on the first weekend day, but that ones whom even the weather did not deter could fully enjoy the program,” stated Žigová for Spis.korzar.sme.

The last day of the festival, Sunday, broke another record in the number of the visitors during one day - 12 thousand people came to visit Hrebienok.

The children and their parents were amused by Slovak performers such as children's entertainer Majster N, singer Miro Jaroš or a project for children Fíha tralala. It was possible for them also to watch a part of the musical Mowgli and performance of the Russian-based tale Masha and the Bear.

“The Bear Days are a unique project for the most thankful visitors - children, whose heartfelt joy, which is absolutely and genuinely ubiquitous during the whole event, is the best driving force for the preparation of another year,” Ján Mokoš, chairman of the local OOCR and mayor of the town High Tatras explained for Spis.korzar.sme.

They are not only looking forward to another year of the event, but also starting to organize it, he added.