Cabinet to meet after six-week break

Ministers will discuss several changes the parliament should discuss in September. 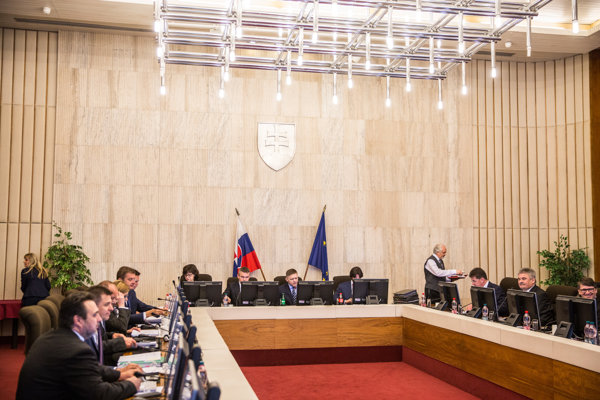 The government will hold a session on August 17 after six weeks of hiatus. Ministers are set to discuss a whole series of legislative changes that should be assessed in order to be included in the parliamentary session scheduled for September, the TASR newswire reported.

In addition, Justice Minister Lucia Žitňanská (Most-Híd) will present the first parts of her justice reforms, including a law aimed at letterbox companies that should increase the transparency of activities funded by public resources. The law should allow only entities that fully disclose their ownership structures to do business with the state, TASR wrote.

The cabinet should also discuss the issue of re-exporting medicines from Slovakia. Health Minister Tomáš Drucker (Smer nominee) wants to push through a measure that would allow only producers, not distribution companies, to re-export.

Meanwhile, Environment Minister László Solymos (Most-Híd) would like to decrease the consumption of plastic bags by making people pay for them at all outlets. An organisation called Envi-pak has estimated that on average each Slovak consumes 466 plastic bags annually, while the average consumption in the EU is 200 bags per person, TASR reported.