Talks on an amendment to a law that would increase the fees to be paid by all citizens for the broadcasting of public TV and radio by RTVS were suspended on August 17. 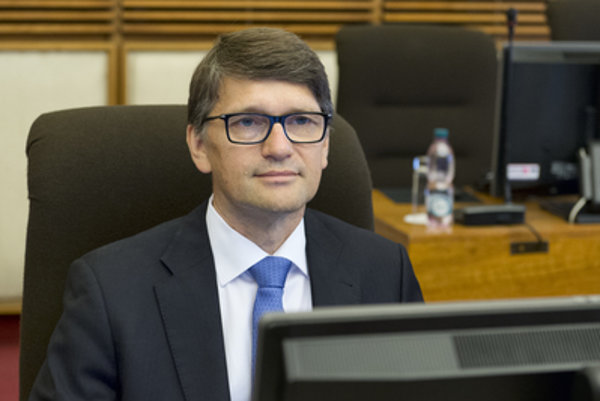 The draft amendment caused a dispute between Culture Minister Marek Maďarič (ruling Smer party) and the coalition partner, Slovak National party (SNS), the SITA newswire wrote. More than 170 comments were sent in, of which the responsible institution, i.e. Culture Ministry did not accept 85, including essential ones.

SNS announced back in June it would support an increase of these fees – after a debate and systemic changes in the public Radio and Television of Slovakia (RTVS). Minister Maďarič then threatened to resign if the draft amendment does not pass in the parliament. On the other hand, the three SNS-nominated ministers have confirmed that if the motion is discussed at Wednesday's session, they would not lend their support.

The amendment proposes to increase the so-called concessionary fee – that has not been changed for 13 years – for each Slovak household from the current €4.64 to €7 as of January 2017. Employers should pay from €7 to €697 a month, depending on the number of employees. This rate should be valorised every four years, according to the amendment, depending on the average rate of inflation measured by the index of consumer prices.

The stated goal of the draft amendment is also to enhance the scope of people exempt from paying this fee – for people who are beneficiaries of material need aid and people who live with them. The way RTVS is financed should also according to the Slovak Business Agency. The Finance Ministry required the draft to be re-elaborated so that no institution is subsidised from state money based on increasing its own income.

“It was my duty stemming from the Government Manifesto to submit an amendment on TV fee hikes at the government session on August 17,” Maďarič said before the session, as quoted by the TASR newswire.. “Not just me, but also the prime minister [Robert Fico] respects the Government Manifesto.” He added that the same document features the signatures of all lawmakers of the ruling coalition.

Maďarič has fully met his obligation stemming from the Government Manifesto, said PM Fico, adding that “now, it’s SNS’ turn, and we’re waiting to see what proposals it will come up with,” he said. Fico added that the culture minister has his full confidence.

At the moment, Maďarič also lacks support from another coalition partner – Most-Híd.

Maďarič also said, however – as quoted by TASR – that he does not see any reason to resign at the moment. “I’m not resigning today,” he said, adding that he does not view the suspension of the talks on his proposal as a failure and that he welcomes Fico’s support.