Analysts remain sceptical of the plan. 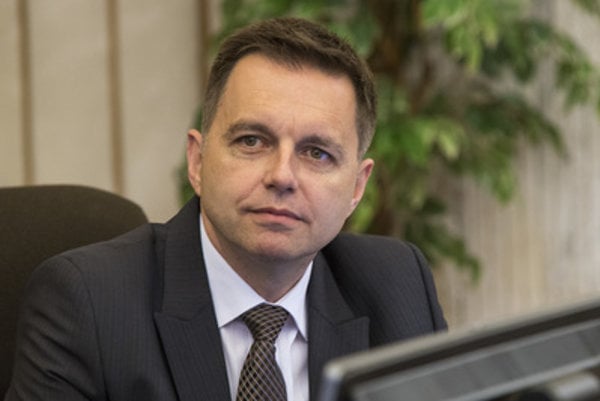 THE FINANCE Ministry has finally introduced the draft state budget for 2017 and the general government budget for years 2017-2019 with the ambition that Slovakia will achieve, for the first time in its history, higher revenues than expenditures in 2019.

While budgets usually change quite significantly before the final wording is adopted by parliament, economists and analysts are already pointing to some of its figures as unrealistic and note that earlier governments have consistently failed to meet targets.

“The [draft] budget pursues fiscal goals, deficits, that were set in the Stability Programme for the coming years,” Finance Minister Peter Kažimír said on August 15, as cited by the TASR newswire.

The target deficit of the general government administration is set at 1.29 percent for 2017. In 2018 it should decrease to 0.44 percent and in 2019 Slovakia should achieve a budgetary surplus of 0.16 percent of GDP.

Analysts remain sceptical of the plan.

“The government even now is not able to achieve what it plans out,” Peter Goliaš of the Institute for Economic and Social Reforms (INEKO) think tank told the Sme daily. “I do not believe that it will achieve this in the future.”

Goliaš pointed out to the deficit projected for 2016 at 1.93 percent when even now the government admits that it will be higher, 2.07 percent, and the Finance Ministry has already re-evaluated target deficits during previous years.

Analysts also see as unrealistic the projected reduction of the unemployment rate to 6.5 percent by 2019. Some experts estimate the natural rate of unemployment in Slovakia at 8-8.5 percent.

“It is possible to achieve the projected level [of 6.5 percent] by methodical changes or sophisticated hanky panky,” Michal Páleník from the Employment Institute told Sme, adding that the number of those working is more important that the jobless rate.

The Finance Ministry submitted the draft of the state budget for 2017 and the general government budget for years 2017-2019, meeting its obligation, as the deadline for doing so was August 15. This is the first draft of the budget while the ambition would be to garner necessary agreements within the ruling coalition by October 15. This is the deadline until which the cabinet should approve the document and send it to parliament for approval.

The Finance Ministry projects total revenues of the state budget for 2017 at €14.399 billion while expenditures should be €16.825 billion. The deficit thus should amount to €2.426 billion.

The ministry further expects that the gross debt of the public administration should gradually decrease to 48 percent of GDP in 2019.

The draft already counts on some changes which the government announced in its four-year programme. These include reduction of the corporate tax by 1 percentage point to 21 percent, scrapping of tax licences as of 2018, abolishing levies from dividends to health insurers which currently amount to 14 percent and replacing them with a new 15-percent tax, increasing taxes on cigarettes and vices, continuation of imposing special taxes and levies on companies operating in regulated branches as well as the introduction of a special levy for insurance companies.

“We do not consider the regulation as perfect,” said Kažimír as cited by the TASR newswire. “These are companies that are very rich, that make their living from hundreds of thousands of clients in an environment that is often close to a monopoly and that reach high profits. Thus there is also space in order these companies contribute more into the state coffers.”

The government has also promised to increase the caps on flat-rate expenses for the self-employed while the draft budgets do not contain it yet. Kažimír specified that the Finance Ministry is just analysing conditions and possibilities for an increase of the caps, while the self-employed should enjoy it already next year.

These tax changes have not been adopted in parliament yet, but those that increase the burden of taxes and levies face criticism.

Economic analysts do not see increasing taxes as necessary. In 2015 Slovakia collected in taxes 6 percent more than originally planned, the Institute of Financial Policy (IFP), a government think tank at the Finance Ministry pointed out.

The draft budget also already contains a 6-percent increase in wages for teachers as of September 1, 2016. It also contains expenditures for construction of an industrial park near Nitra where Jaguar Land Rover plans to build its plant, the Bratislava ring-road D4/R7, and a 10.4 percent increase in the budget for the Defence Ministry.

While Kažimír promises more money for health care, it will be citizens who will provide it. The Health Ministry should receive €1.36 billion from the state budget, 8.6 percent or €130 million less than this year. Yet people should contribute €200 million more in compulsory health insurance contributions.