The 14th day of the 2016 Olympic Games in Rio de Janeiro again did not provide any medal pleasure for Slovak athletes. 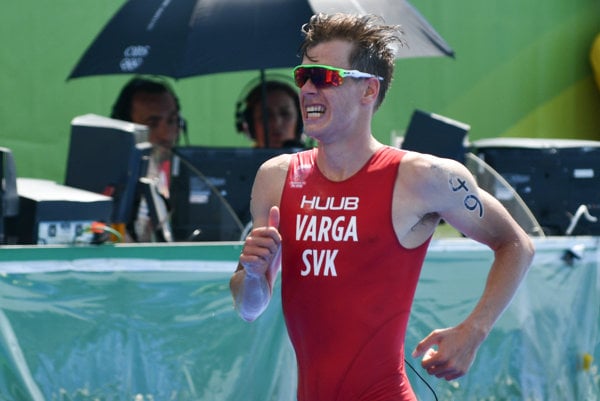 Slovak triathlete Richard Varga achieved a great eleventh place in Rio on August 18 whereby he significantly improved the Slovak Olympic maximum in this discipline. The best result previously, 22th place, was also made by Varga at the previous London 2012 games, the Denník N daily reported.

In the race, Varga was traditionally the fastest in the swimming part with a time of 17:18 minutes and kept the forefront even during cycling 40 kilometres. However, the running part was his nail to the coffin which dropped him to the final eleventh place.

Varga reviewed his performance, saying that in the last part he was running on the edge and had to bite his tongue, although he believed he had enough energy.

“The day before I felt fine but on the day of competition I did not have legs according to my vision,” said Varga, as quoted by the TASR newswire. “Even so I am happy because I went fully all out all the time.”

The first two places of the competition were attained by Varga’s training partners, brothers Alistair and Jonathan Brownlee. The bronze medal was won by Henri Schoeman of South Africa.

Though kayak sprinters Erik Vlček and Juraj Tarr unexpectedly made it to the finals in the K2 discipline, they ended eighth which is a great success considering they focused rather on the four kayak discipline and considered the K2 discipline only as efficacious training. 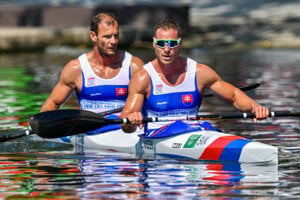 “We are sorry for the finish as we could have been seventh,” the Slovak duo told TASR, adding that they do not have to be bothered by it. "It was quite a surprise that we advanced to the final race.”

On the same day, female kayaker Martina Kohlová crossed the finish line fifth in the B-finals of the K1 discipline in 500 metres and thus achieved 13th place overall. Her Olympic maximum remains the 10th place in 200 metres sprint in Rio, TASR wrote.