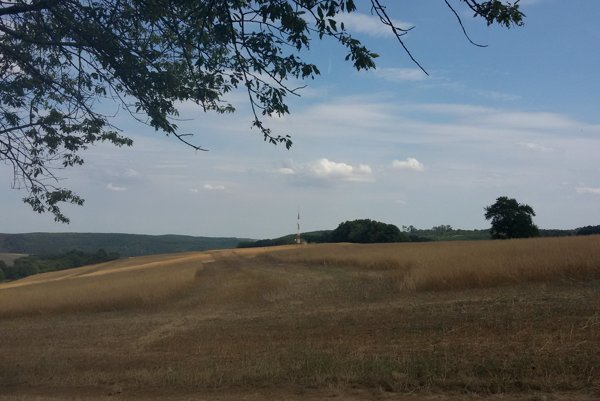 The vies of the castle we great on the way out of the village. We assumed it was now open but we have a date with Mount Everest in a few days’ time and wanted to catch the good weather. Still hot, but not quite so tropical. We’re still carrying huge amounts of water – 12l between the four of us. I feel like a donkey – smell like a donkey – I’m sure my teeth are growing. Unfortunately, nothing else.

I have strong opinions on Slovak tourism, which can be summed up but I’m too polite to say how. I’ve lived here for a long time; the place is beautiful but… lease tourism to the Austrians for a while.

We met our first fellow traveller. A wild bearded Czech carrying the world and a golfing umbrella on his back. He was walking the other way – doing it the hard way. I guess he was carrying almost as much as the four of us were put together. But he was nearly finished. We were nearly starting.

Back to tourism. Just after the chat with our first fellow traveller we lost got to Sokolské Chaty and mislaid the track. Our fault – we got ‘roared’ (keep walking down a nice track and miss the little turn). But luckily there was a café with wonderful kofola and chips (I am not being sponsored by Kofola – yet). We asked then where that path was and they put us on the right track. We asked why they didn’t have a sign from the walk to the café. They said they had enough people from the cottages and well who needed more work. Don’t get me wrong, they were very friendly and the service was great – but they didn’t want to advertise. 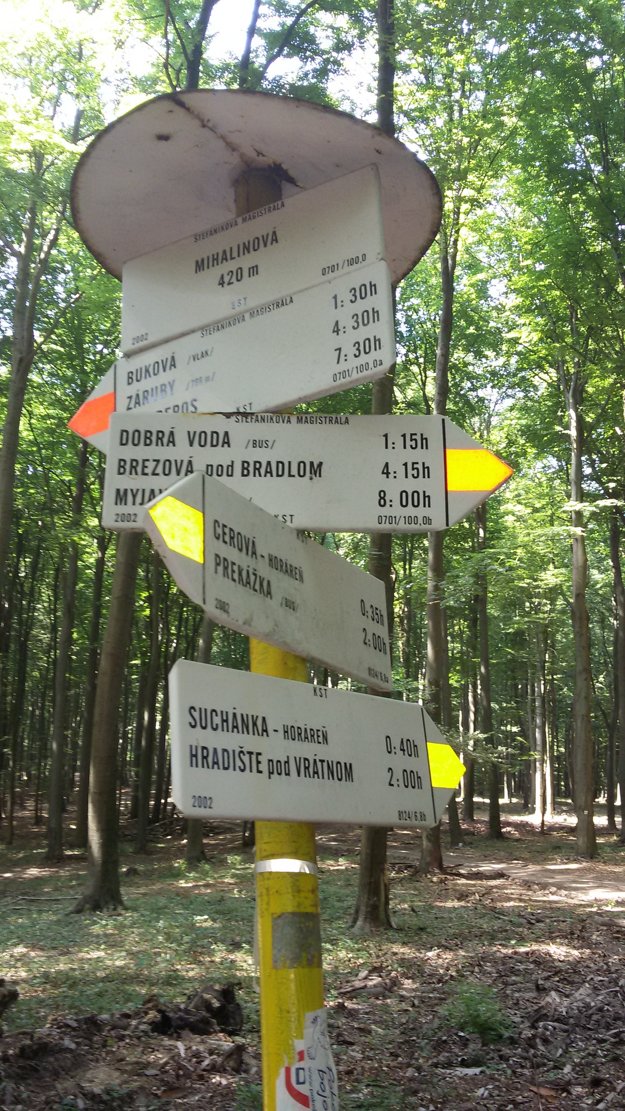 Finally, into Dobrá Voda. If you are living in Slovakia this is the name of a mineral water "Good Water" so I, stupidly, expected to find the Dobrá Voda spring in Dobrá Voda. There is a spring – Hlávka, we were not all brave enough to drink from it, but no-one died. Maybe we missed the spring – I am sure someone will now tell us.

In Dobrá Voda: Pension – Skalka was a bit of heaven. Super friendly people, clean, big, coolish, perfect. A retreat from Bratislava they told us. Discretion guaranteed. We will go back there – good cycling in the neighbourhood and the restaurant Hlávka – food from heaven.

The pension washed and dried some clothes for us. So the next day we were clean and fresh. We may be walking the E8 (it has a European Walk number, the Magistral M. R. Štefánika changing to Cesta Hrdinov SNP – but it will always be the E8 to us, easier to remember) but can’t let standards slip.

General comment
Where the water comes from?
Supposed to rain – but didn’t. Happy to leave the friendly but ‘atmospheric’ accommodation.
Mount Fuji – 3,776 meters the highest mountain in Japan. Yes!